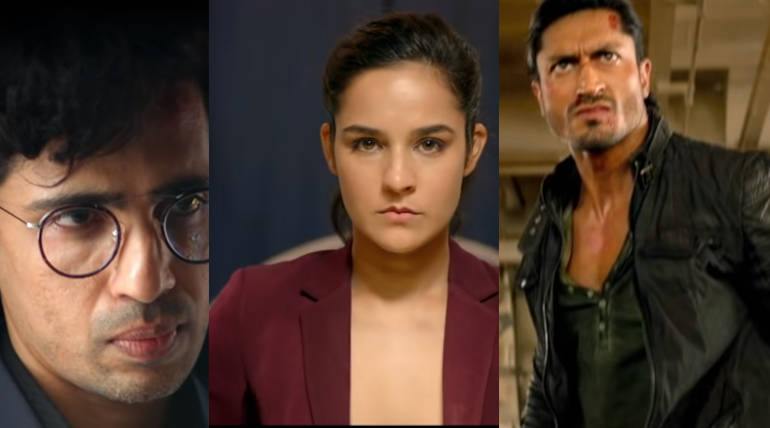 Commando 3 fails in the story to command boldly in theatres: Bollywood's Commando series is on the floor with its Commando 3 starring Vidyut Jammwal, Adah Sharma, Angira Dhar in the action lead. The story revolves around the Indian special forces mission sending his commando Karamveer Singh Dogra to London to save the nation from a major terror attacker and their plan.

Aditya Datt rolls Commando 3 camera with a usual action flick, which dropped it back from sustaining in silver screens. The commando work commences with chasing the misled youngsters pairing with action sequels of Adah Sharma as Bhavana Reddy to bring justice. Angira Dhar supports from the British side as Mallika Sood to the mission leads.

Bollywood witnessed action flicks of Vidyut Jammwal and several heroes in many ways, and the 'brutal' graphic violence in Commando 3 never seems new to the audience. The two ladies Adah Sharma and Angira Dhar, pulled tightly to showcase the punch packs in the movie with the youngsters, though they hit many action blocks previously.

The Commando 3's first half takes time for the audience to enter the patriotic storyline of Aditya Datt.

Gulshan Devaiah, as Buraq, plays the terror attack mastermind who decides to avenge several Indian riots of Ayodhya, Kashmir, and Gujarat. Tight shots of the director with a zero interesting story make visuals to engross the fans in seats. But the Commando 3 writers fail to prove the patriotism in Muslim characters.

Bankrolled by Reliance and Motion picture capital, Commando 3 series not click the theatre flick as expected, proving it as a disaster action.