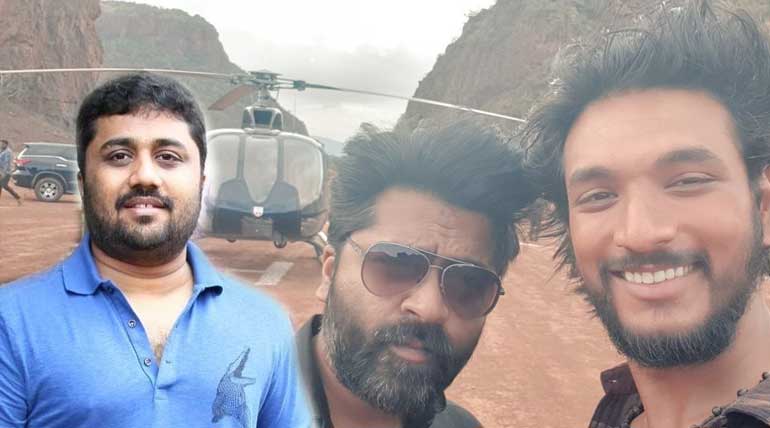 Does Simbu's Untitled Remake of Mufti have a chance to meet the silver screen? The controversy king Simbu is back with problems in the Tamil industry. Mufti is a hit action thriller Kannada movie directed by Narthan. The untitled remake of Mufti movie in Tamil directed by the same director. The film produced by Studio Green K.E.Gnanavel Raja, starring Simbu and Gautam Karthik in the lead roles.

The first phase of the movie shot in Karnataka with Simbu and Gautham Karthik and wrapped the schedule; After the first shot, Simbu went on leave for relaxation abroad. The crew and the producer hold on the project for his arrival. But Simbu is not in a state to do the movie further. Simbu lacks co-operation in the shooting, and producer Gnanavel Raja emerges aggressively.

In the meanwhile, the dropout announcement of the Venkat Prabhu's film Maanadu starring Simbu has revealed by the producer Suresh Kamatchi due to the shooting delay from Silambarasan. The film will start its shooting after the lead casting replacement.

Following the controversy for the second time with another producer, Simbu takes the dilemmas to the next stage. After returning Chennai from Thailand trip, Tamil Mufti producer Gnanavel Raja scheduled the recommenced shoot of the movie in Karnataka.

But there is no positive response from Simbu's side for the shoot; Simbu proclaiming his next movie details in the media made the Mufti remakers in trouble. The helmed director Narthan and producer exhibits loss and dropping out strains of the untitled movie.

Due to the irresponsible actions by Simbu with the producer and team, K.E. Gnanavel Raja has filed a complaint against Silambarsan in the Tamil film Producers Council. The producer stated the intolerable behavior and the monetary loss of 4 million for the shooting of the film to the Producers Council for a resolution.

Let's cross the fingers for the result of the Tamil film Producers Council for the further status of the Mufti remake in Tamil and solution for the producer's investment.