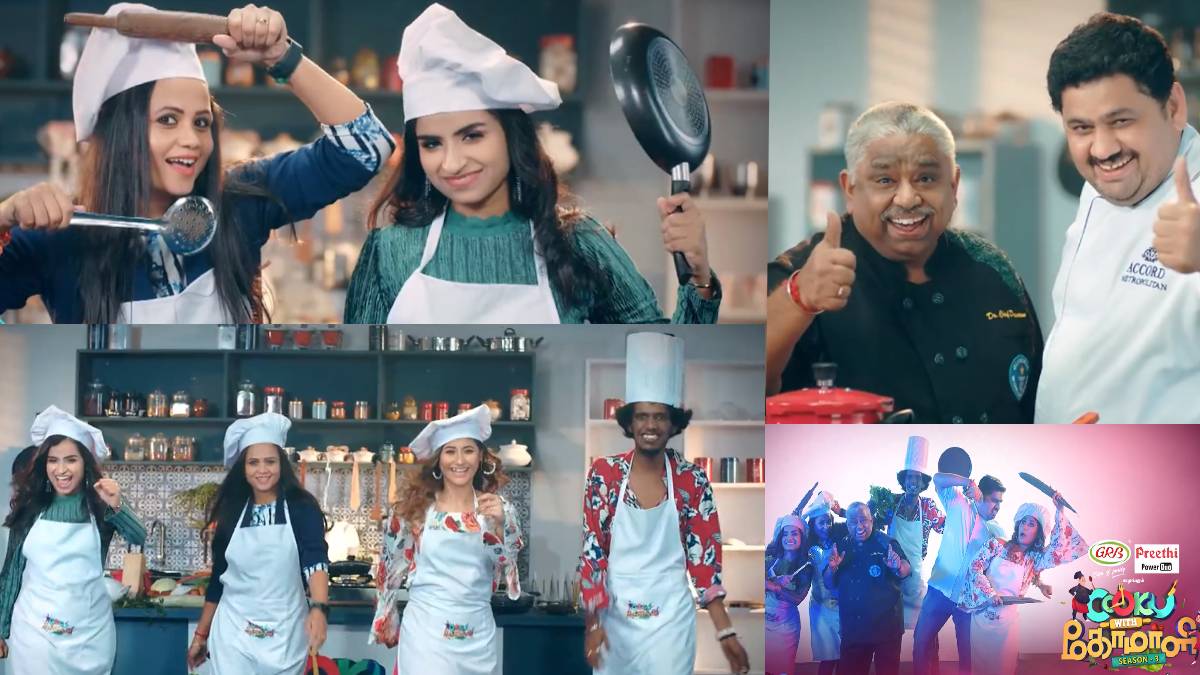 Cook with comali season 3 is currently in talks among the youngsters and the Vijay TV fans. It is one of the most admired shows of all age groups that provoked laughter, and it is considered the best reality show, well received by the viewers. And there came the update on its season 3, and the contestant's lists are getting prepared.

The fans are overjoyed to hear that the Cook with Comali Season 3 is coming up early this year. The fans are eager to know the confirmed comali and contestants list. Many names are aired on social media, but the assured list is not yet officially released. But still, the aired name gives more excitement to know the further updates of the show.

It has also been reported that Santosh Pratap, who starred in the Sarpatta Parambarai film, and famous singers Grace Karunas, Anthony Dasan, Ammu Abirami, Manobala are expected to be part of the Cook with Comali show. An official announcement about the contestants is expected to come soon in a few more days.

It is confirmed that Sivaangi Krishnakumar, Sunitha, KPY Bala and Manimegalai will also be the comalis this season. There are no updates on Pugazh, who reminded as one of the favourite comalis to many Cook with comali fans. He is said to be scheduled and committed to many movies. His absence will be indeed disturbed Cook with comali fans.

Cook with Comali Season 3 is on the way to entertain the viewers, and the fans are ready to welcome the show with complete excitement. Chef Damo and Chef Venkatesh Bhat are ready to judge and surprise the cooks with different dishes.