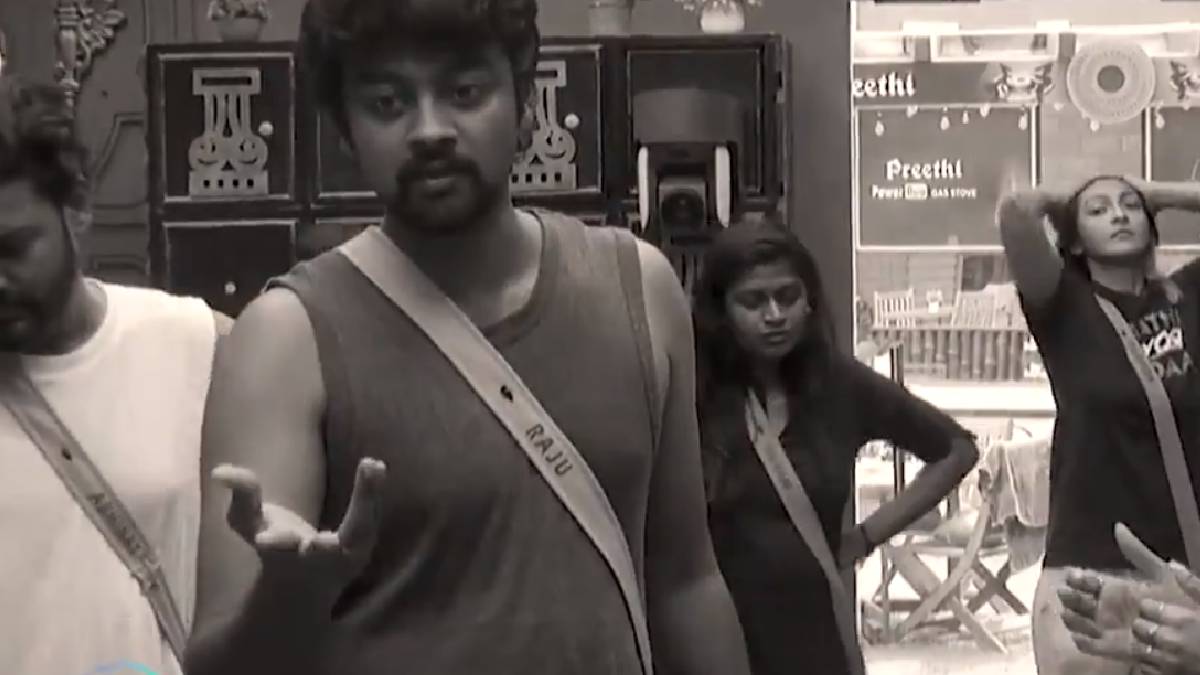 Suruthi and Pavni are still discussing the same problem that they had with Thamarai Selvi yesterday. The luxury Budget task began with screams and shouts. Raju is in talks by many netizens for letting words yesterday with Pavni.

Following yesterday's clash between Pavni, Suruthi and Thamarai Selvi, the criticism is pouring for the question asked by Raju. The argument sprouted from a general fight to a gender fight. The viewers are raising comments that Kamal Haasan must question this incident on Saturday.

The game Ooru Vittu Ooru vandhu has begun today, where Isaivani is the judge because she holds the Fire coin. The recent promo released by Vijay Television for today's episode shows that Isaivani is inactive. Being a judge, she should make the game more lively, but she is taking a nap.

By seeing the promo, it seems like the task is to take away the opposite team food. When the contestants were busy taking the others food, Isaivani was taking a nap, and then Bigg Boss called Isaivani and instructed her to make the game more interesting.

On the other hand, the talks are brought more controversies for yesterday's episode. All the viewers want Pavni and Suruthi to accept the mistake that they have made. By this, it is known that there is going to be more entertainment in this weekend Bigg Boss Tamil 5 show.