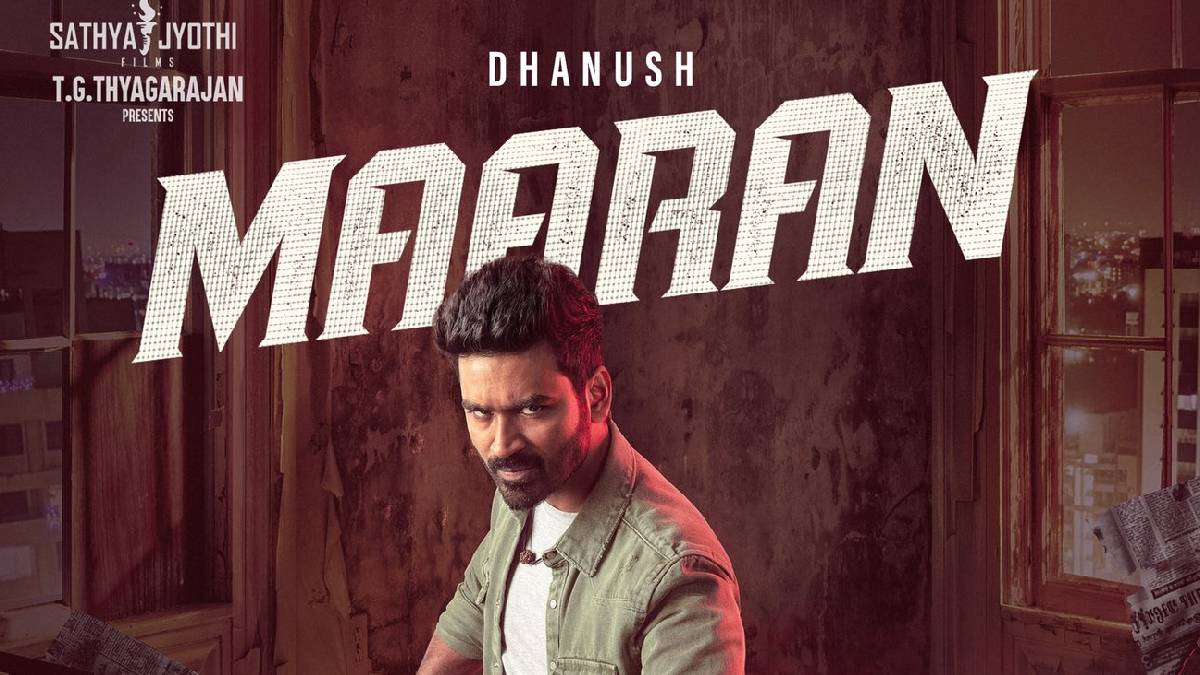 The first look poster of Maaran was announced on this particular day on the occasion of actor Dhanush Birthday. The fans are celebrating the dual joy of Dhanush birthday and the release of the first look poster. The film is with huge expectations as the recent films Karnan and Jagame Thandhiram received a good response from the fans.

Karnan gathered the audience attention by the theatrical release with a huge crowd, whereas Jagame Thandiram topped in the OTT platform on  Netflix. The location and the language were the most appreciated things in the film. Actor Dhanush has done justice to his part with no flaws.

And this film Maaran for sure will wrap the crowd by the direction and the music. This film holds Malavika Mohan, Smriti Venkat, Samuthirakani, Krishnakumar and Mahendran. G.V Prakash has taken his turn to top the playlist, without a doubt.