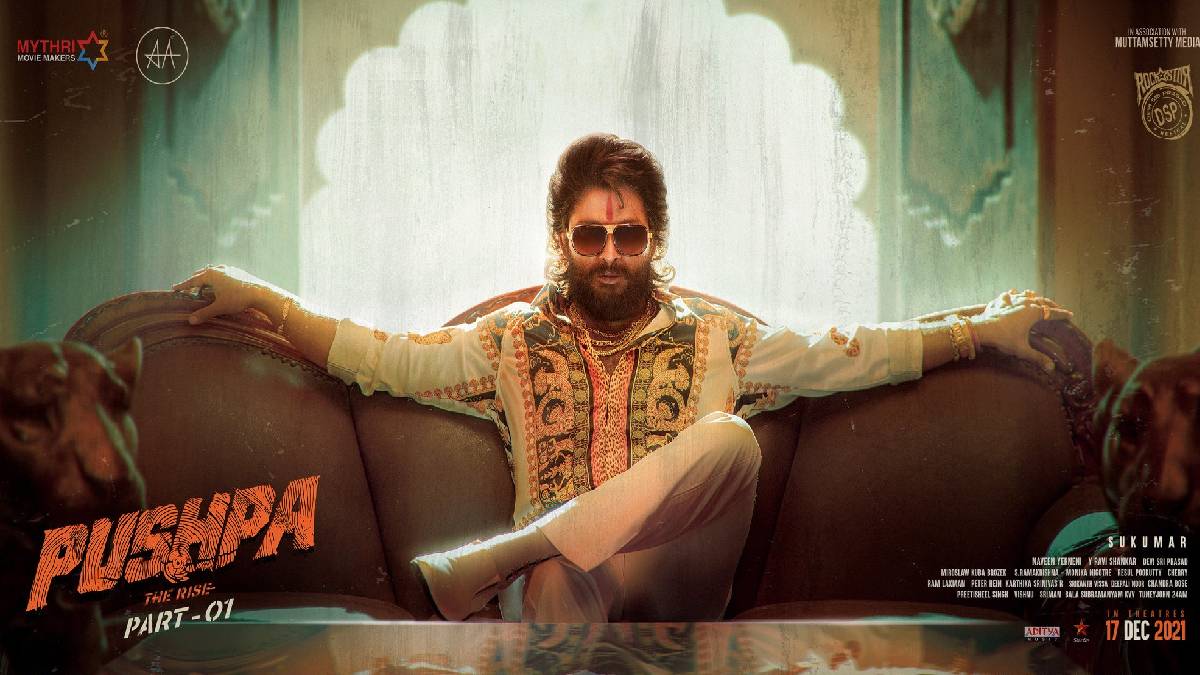 Pushpa The Rise is one of the unforgettable movies of actor Allu Arjun in his career. Even the kids will know the film by its hit songs. This movie was widely welcomed and well received by the audience. The songs from the movie Pushpa was a massive hit. The movie is now bagged film of the year award at Dadasaheb Phalke International Film Festival Awards 2022 ceremony on Sunday.

Pushpa The Rise was released on December 17 and gathered a huge crowd to the theatres. The movie Pushpa is directed by Sukumar and produced by Naveen Yerneni Y. Ravi Shankar under the banners of Mythri Movie Makers in association with Muttamsetty Media. The movie was released in Tamil, Hindi, Telugu, Malayalam, and Kanada.

The total budget of the film was announced at Rs 250 crore. The film's first part was released in theatres on December 17 and was well-received, grossing over Rs 300 crore worldwide. Devi Sri Prasad gave a massive comeback in music by giving hit songs. The songs, especially O solriya, Srivalli and Sami Sami, hit the top trend and went viral on social media.

Following the success of the movie, the movie Pushpa The Rise Part 1 is now bagged film of the year award at Dadasaheb Phalke International Film Festival Awards 2022 ceremony on Sunday.