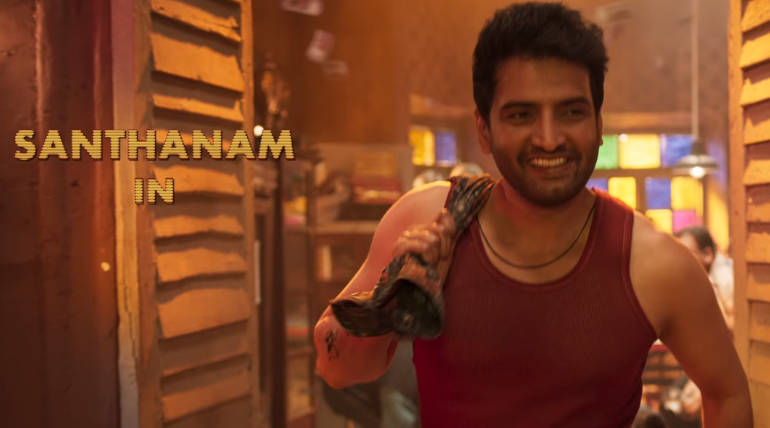 Santhanam's next "Dagaalty" movie's comedy blast teaser funs on the internet: After being accused of Johnson's A1 on big screens, the Lollu Sabha enacting turned actor twirls the silver screens with his comic flicks. Dagaalty is an upcoming comedy-drama starring Santhanam and Rittika Sen in the lead roles. Yogi Babu is also involved in this. Many others, including controversy actor Radha Ravi.

Actor Santhanam has acted in two roles in Dagaalty, directed by Vijay Anand and bankrolled by S.P.Chowdhary's production banner 18 Reels with a joint venture of Handmade films banner, a Santhanam's production company.

Dagaalty teaser seems all fun in every aspect with usual kindles of hero Santhanam. Bengali actress Rittika Sen dreams of becoming a film director in Dagaalty while Yogi Babu plays the friend of Hero Santhanam. Radha Ravi portrays the antagonist role as customary in every film but with some difference in looks.

Subsequently, Santhanam took a last day group photo with the Dagaalti team and rolled on his Twitter page. Vijay Narain composes the songs in the Dagaalty movie. Dagaalty is expected to release later this year or early next year after the complete production process.