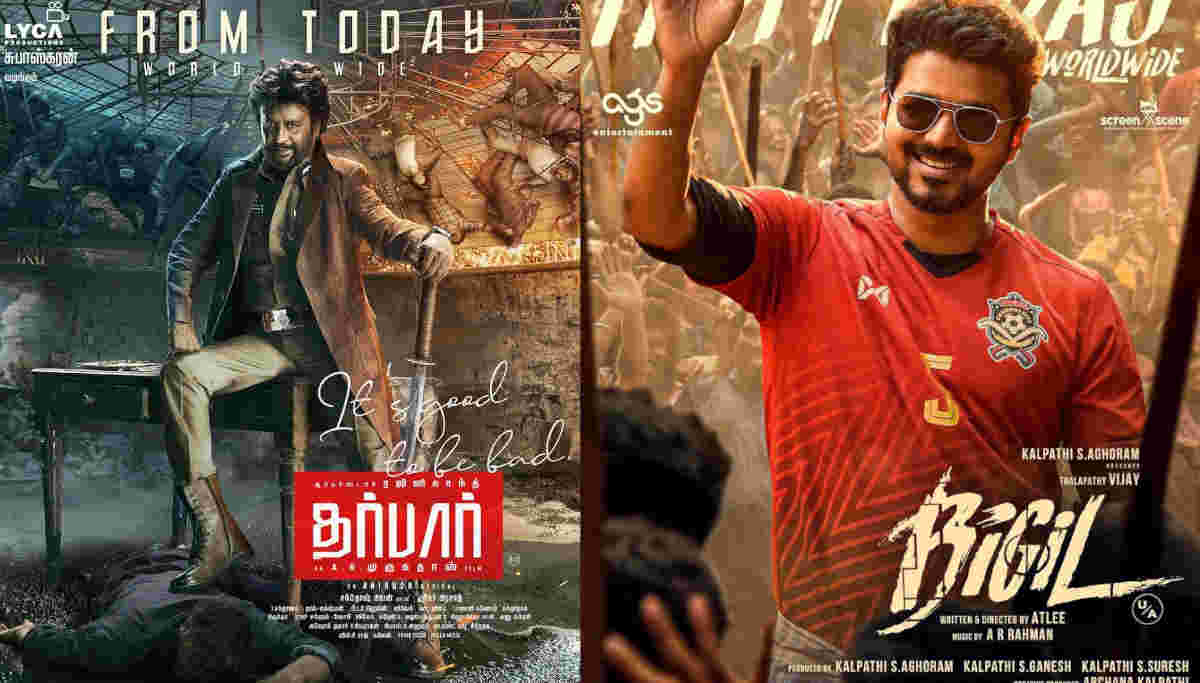 The movie was released on January 9th, 2020. Though the movie has not received an overwhelming response and comments, it fares well as "worth watch once." It conveys a message to society, how intoxication ruins the younger generation. Of course, heroic deeds portraying Rajinikanth are acceptable as Rajinikanth does it himself.

According to the sources from a particular city, the collection is termed as Darbar is selling more tickets, even on day 19. The numbers are near to accuracy, but there may be a negligible difference. Between sources also said that the movie has not yet superseded the recent Thalapthy's Bigil box office collections.

The ticket sale percentages of Darbar and Bigil were collected and compared together to prove that Darbar has not surpassed Bigil in the collection. The ticket sale data from the theaters of Karur, Coimbatore, and Mettupalayam were taken into consideration to get an approximate result. Comparing the same, Darbar took the highest toll and surpassed Bigil with 6% through online sales while in Box Office, Darbar has got to reach more than 20,000 tickets to surpass Bigil's collection.

Nayanthara, Nivedha Thomas, Yogi Babu, Sunil Shetty were playing the lead roles in the movie. It is said Nayanthara's role is not so prominent, and the questions were viral in the social media that "why the lady superstar has accepted such a role?" Nivedha Thomas played her part extremely well, and the emotions blended with comedy was worth a watch. There are speculations on whether the movie will cross the Rs 200 crore mark?