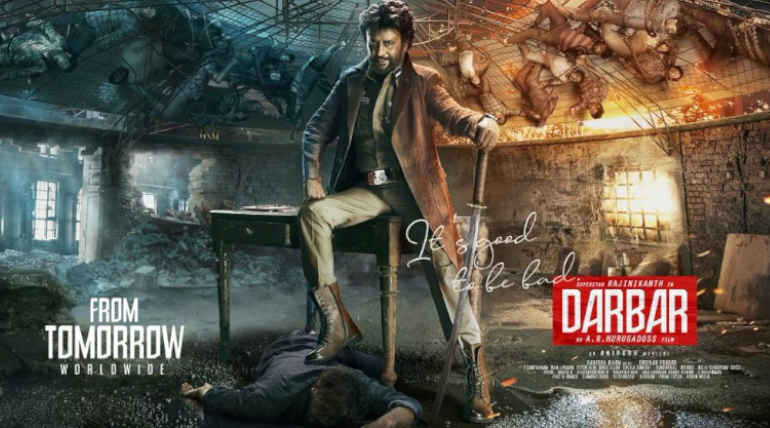 Darbar hits RS 100 crore basket: AR Murugadoss directed Darbar produced by Lyca Productions is running successfully in theatres across the world. In the first two days, it has collected around Rs. 70 crores out of the country. Yesterday being a weekend, it has managed to hit RS 100 crore worldwide.

In Chennai alone, Darbar has collected Rs 2.27 crore on the first day, followed by Rs 1.75 crore on the second day and Rs 1.5 crore on the third day. Though there are critics, the first half was meticulously scripted, which welcomed a lot of laurels among the public. People pass comments, but those are not turning out negative for the movie.

Since in Andhra Pradesh Mahesh Babu movie got released, Darbar played low. It is said that close to Rs. 7 crores, the movie collected out of Tamil Nadu across India. In foreign countries like the US, Australia, Singapore, and Malaysia, as mentioned, the collection has surpassed Rs. 100 crores.

Tamil Nadu's pace has not been slowed down owing to "not major releases" happened. Dhanush-led "Pattasu" is expected to be out on Pongal. Later to that, the competition will arise, and Aaditya Arunasalam might have a competitive time.