Devi 2 Most Awaited Horror Sequel Set for a Grand Release 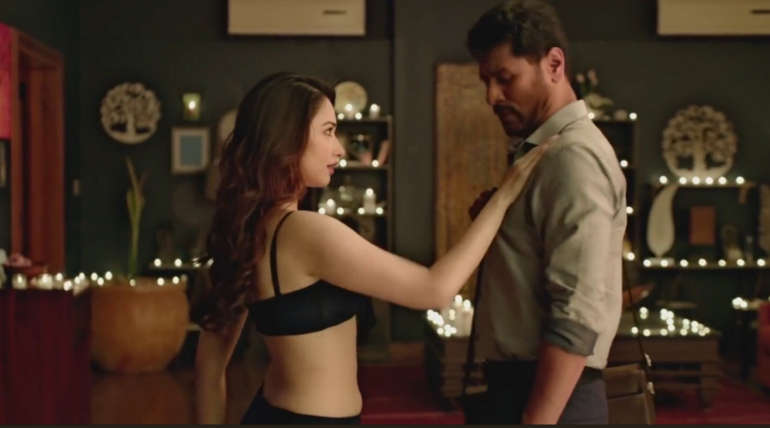 Devi was a massive come back for Prabhu Deva after his huge break in the Tamil film industry. The film was directed by A.L Vijay. As expected the film was terrifying and was an attempt to showcase the humour inbound within him. The film was a genre of a thriller with the toppings of humour, emotions and passion. The film portrayed Tamannahâ€™s transition between contradictory roles and aligned itself with a feminine blow.

Devi 2 is hooked from the edge of Devi. The trailer depicts the presence of a reasonable amount of thrill and twist in Devi 2. It provides a shadow for the existence of a new male spirit in the film. In addition to the scripting of the spirit Ruby, Devi 2 has also characterized Alex, a male spirit.

Tamannah and Prabhu Deva having occupied the lead roles, Kovai Sarala plays a supporting role in the film. She is the most celebrated female artist for her comical sense.  She played an inevitable role in many of the Tamil horror films. She is noted for her innocence and pavid expressions. As in Devi RJ Balaji is expected to stamp his role undoubtedly.

It is shown that the artist Nandita Swetha has played a significant role.

The film is produced by K. Ganesh and R. Ravindran entitled by the company GV Films Trident Arts. The editing part had taken care of by Anthony.  Ayananka Bose has worked on Cinematography. Sam C.S had drawn tunes for dance floor hits.

The film is waiting to release by the end of May.

Devi 2 Most Awaited Horror Sequel Set for a Grand Release