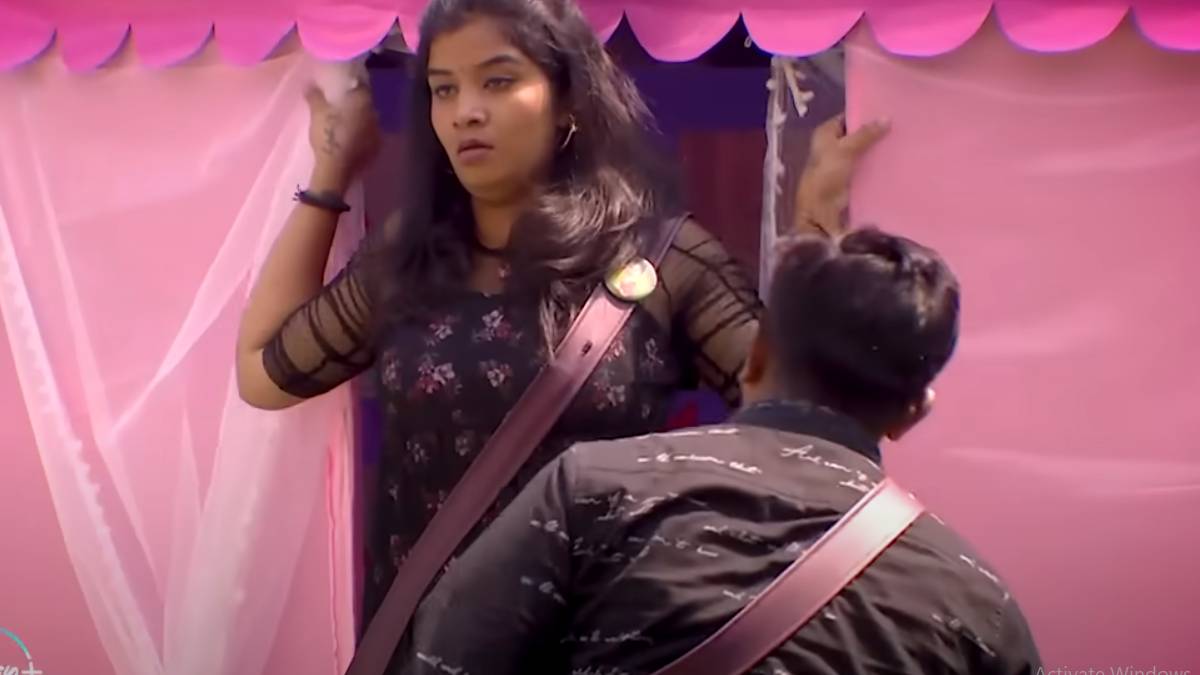 Bigg Boss Tamil 6 has gathered much attention among viewers within a few days. The fights are heated up heavily in just two weeks. The contestants compete by showcasing their talents. The tasks are very sportive and challenging.

GP Muthu, who impressed many viewers, left Bigg Boss, saying he was feeling homesick and wanted to be home with his kids. Following this, Shanthi was eliminated.

In the weekly task, the contestants are now busy with the doll task. To play these games, the housemates will be divided into two teams. The players would take the doll from the doll bin to the doll house.

This game can be played by taking the opponent's toy and stopping the toy from entering the doll house. In this game, Sheriina tries to leave after taking the toy, and after the two teams collide, Sherina slips and falls. This situation happened because the housemates crowded around her.

Sheriina was hit on the head due to this. Azeem then picked her up and took her inside the house. Then Azeem angrily talks to Dhanalakshmi, "Do you have knowledge? How can you hold Nivasini and Sherina like that and throw them away? There should be a little bit of humanity.

Meanwhile, speaking among friends, Dhanalakshmi presents the argument that Azeem is the one who pushes everyone away. And Azeem was looking for an excuse to talk about himself.

Accordingly, Dhanalakshmi is standing at the doll house's former door and blocking it. Azeem asks how she can keep a certain toy inside Dhanalakshmi? as this is a violation, again Dhanalakshmi brings the toy, throws it out, and stands blocking the door.

Then again, Azeem asked, how can you throw this doll out now? After questioning Dhanalakshmi, he takes the doll he is holding, pushes Dhanalakshmi down quickly, and goes inside and puts the doll in the doll house.

Azeem's behaviour was rude while seeing in the promo. There is a clash between Amuthavanan and Azeem in today's episode. The episode are heading intresting, but still, a few Bigg Boss fans are missing GP Muthu.