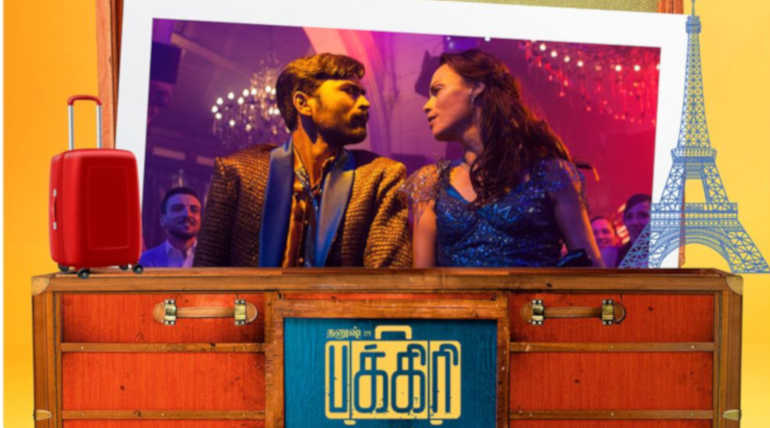 The dubbing movie of Tamil actor Dhanush's international debut film "The Extraordinary Journey Of The Fakir" is titled as "Pakkiri". The movie is set to release on Karur theatres on 21st June. The movie is based on a novel of the same name, "The Extraordinary Journey of the Fakir Who Got Trapped in an Ikea Wardrobe" written by Romain Puertolas and Ken Scott directs the film.

The film "Pakkiri" is dubbed and released in Tamil because of Actor Dhanush popularity and mass following in Kollywood. In this movie, the story is about Ajatashatru Lavash Patel life, which is played by Actor Dhanush. He is a street magician who is from Mumbai and made his journey in search of his biological father.

This comedy-adventure driven movie "Pakkiri" aka The Extraordinary Journey Of The Fakir premiered at IIFM that is Indian Film Festival of Melbourne held on 2018. The poster of the movie was released at the Cannes Film Festival, the last year 2018.

The movie casts BÃ©rÃ©nice Bejo, Barkhad Abdi, Erin Moriarty, and GÃ©rard Jugnot in an important role. The film will be shown in Thinnappa Theatre, Karur.