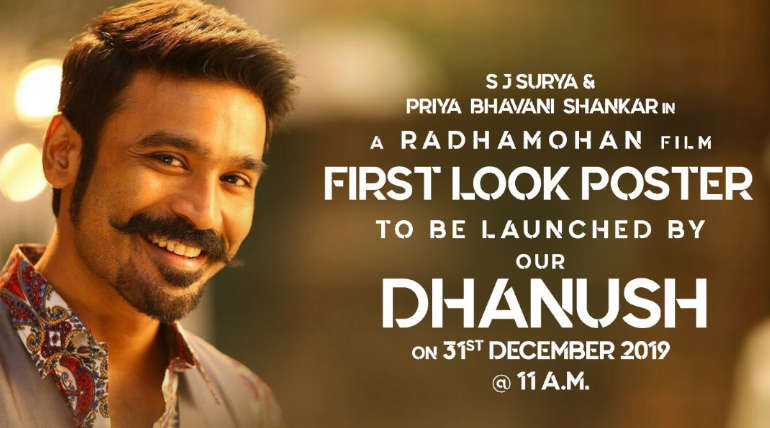 Dhanush to release the first look of 'Bommai': Director Radha Mohan is getting ready to release a feature film in Tamil after a long gap. The movie has been titled as Bommai. This movie holds SJ Surya, Priya Bhavani Shankar, and Chandini Tamilarasan in the lead roles.

The shoot of Bommai was started back in October 2019, and it is set to be released in February 2020. After a couple of villain roles done in Telugu and Tamil, SJ Suryah gave a comeback as a hero through Monster movie.

Bommai is believed to be a come of Director Radha Mohan, too, like his Kaatrin Mozhi. Bommai comes under the category of romantic-thriller produced by Angel Studios LLP.

Yuvan Shankar Raja is scoring the background, and Richard M Nathan sets up as cinematographer of this movie. Anthony has been locked in as the editor of Radha Mohan and SJ Suryah's Bommai.

Now the movie's first look is all set to be unveiled by Dhanush on December 31, 2019.