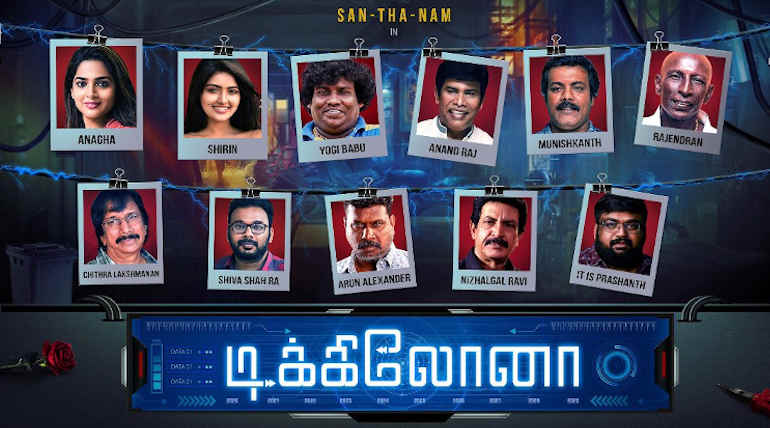 Santhanam's next laughter storm, "Dikkiloona," is on board, KJR Studios.

Succeeding the romantic comedy Accused No.1, Santhanam teams up with Karthik Yogi directorial drama Dikkiloona. The film shoot starts from today, and the crew is in a fantastic mood, tweeting the commencement of Dikkiloona.

KJR Studios seems all happy in funding Dikkiloona proving with a tweet, "What a great day to start the shoot of the fun-tastic project!". Arvi lights up the comedy scenes in Dikkiloona with editing cut by Jomin. The banner looks to be story twirling with series charging the characters with a shock.