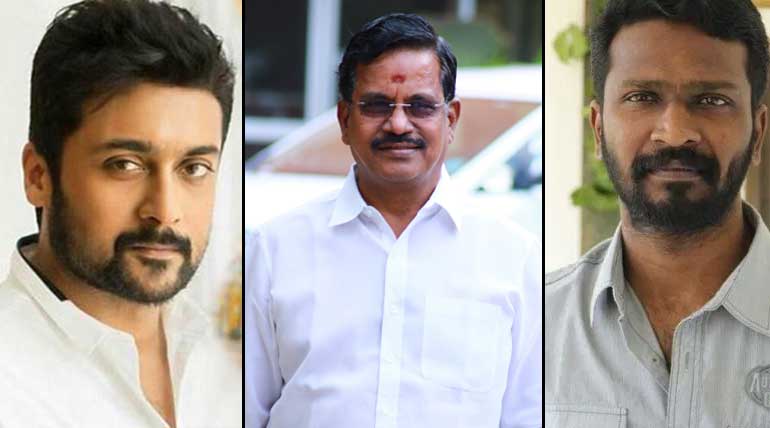 Director Vetrimaaran teams up in Suriya 40

Director Vetrimaaran teams up in Suriya 40, Producer Kalaipuli S Thanu: Indeed Suriya expectation claimed down in his previous ventures of NGK and Kaapan in 2019, the indefatigable actor rages himself for the new year welcoming 2020 via upcoming flicks. Iruthi Suttru director Sudha Kongara directs Suriya's 38th film Soorarai pottru as memoir. Sources reveal his 39 seems to be hooked up with Hari as usual.

Following the old updates, an intriguing team knocks up Suriya Sivakumar for the 40th film travel with Aadukalam Vetrimaaran. Kalaipuli S. Thanu sets a timer on his twitter page about the official information hinting as 40 and cracked the tremendous tweet update of his next production.

"After the tremendous success of Asuran movie, director Vetrimaaran will be teaming up with actor Suriya Sivakumar for the first time in V creations is happy and proud to produce this film."

The 100 crore club producer stated that Following the success of the monster film Asuran Director Vetrimaaran joins Suriya Sivakumar for the first time in Kollywood. The update hikes the fans of Suriya to visualize their actor in raw looks and unimaginable storyline from the Aadukalam Director.

Meanwhile, it is noteworthy, Suriya films under the banner of V creations produced by Kalaipuli S Thanu after working in Gautham Vasudev Menon's Kaakha Kaakha and Maayavi co-starring Jyothika in the same production company.

Beforehand Vetrimaaran is likely to hit the screen starring Comedy actor Soori in the lead roles, but somehow official pieces of information are yet to confirm.