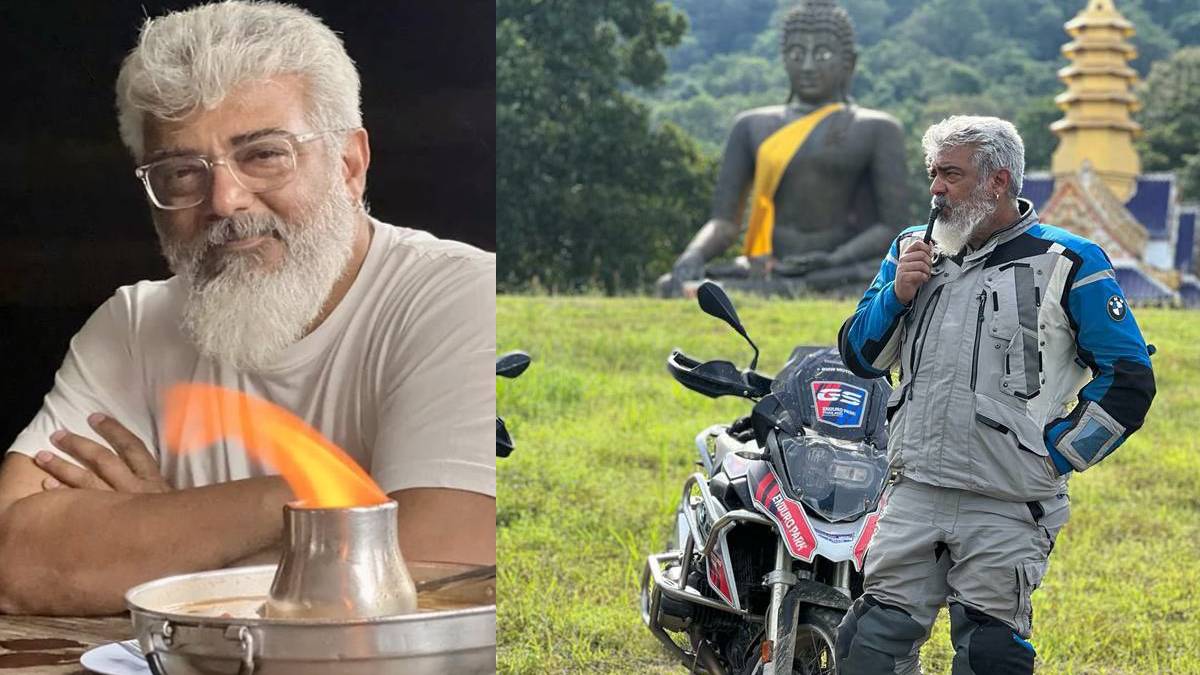 Actor Ajith is currently acting in his 61st film, Thunivu, directed by H. Vinod. Through this actor, Ajith has teamed up with director H Vinod for the third time through this film. Malayalam actress Manju Warrier is also acting opposite Ajith in the film.

The Thunivu film was shot in Hyderabad, Chennai and Pune. The final shoot took place in Bangkok. In this case, the film crew announced that the shooting was completed the day before yesterday. Bigg Boss fame Amir, Pavni and Ciby share screens in the Thunivu movie. The audience well received Thunivu's first-look poster.

The team has decided to release Thunivu for Pongal. Actor Ajith started his bike tour in Thailand as the shooting ended. A photo of Ajith stopping his bike in front of a Buddha statue in a scenic hilly area is going viral on the internet.