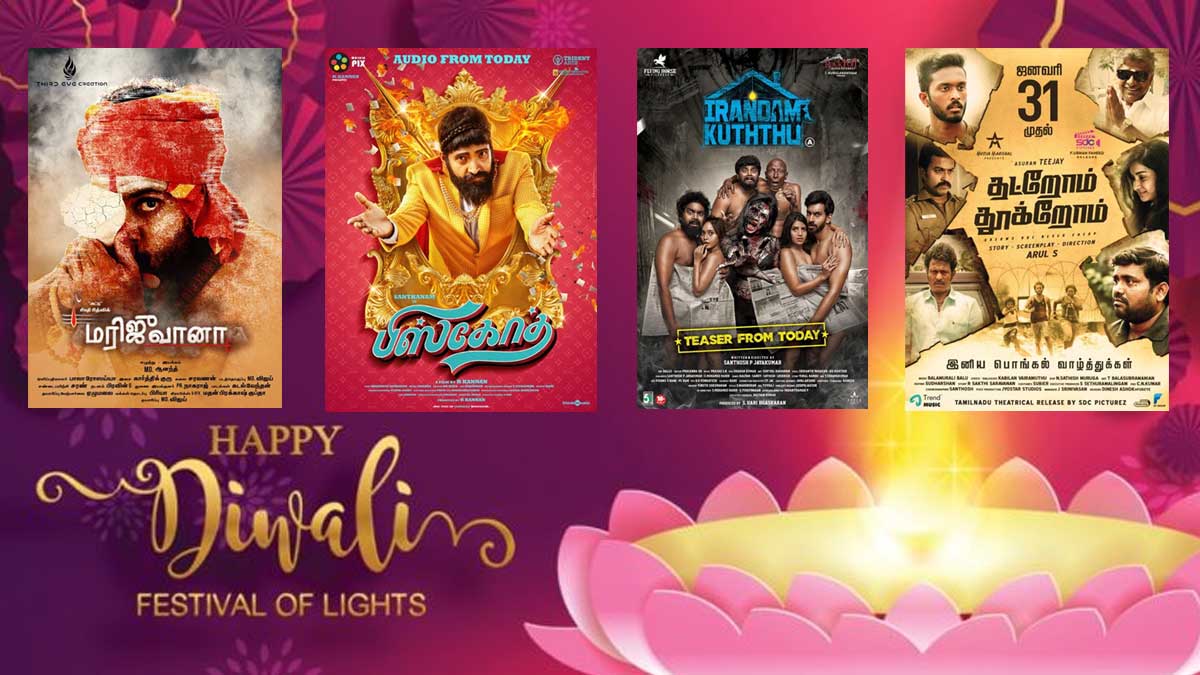 Movies are the only entertainment every week but the whole fun got collapsed due to the world pandemic contagion Coronavirus since 2019 December.

With the V.P.F fund chaos among producers and theatre owners, the release of new movies have been a big question mark. But now it's sorted for November month as free by Qube and UFO Technologies.

On this note, new movies will be released for this Diwali as the theatres went on a serious theatrical lockdown since March. Though there are no big releases due to the sudden announcement, few entertainers are on the list to inculcate celebration mode but undoubtedly with curfew regulations.

Here is the list of new movies releasing this Diwali in theatres.

Biskoth movie starring Santhanam is a romantic comedy flick releasing this Diwali under the banner of Masala Pix by director Kannan. Santhanam movies encounter endless humor usually and this Biskoth release will be a better time pass in the festive season.

Irandam Kuthu movie posters revolve around stating its theatrical release before the free V.P.F charges announcement yet confirming the 14th November theatrical launch of the movie. However, the adult horror comedy gains no family audience for its content directed by Santhosh P Jayakumar but the visual treat goes no wrong for youngsters.

Marijuana is a mystery thriller movie directed by Anand starring Rishi Rithvik and Asha Parthalom in the lead roles. With the long postponement of March release due to CoVid-19, Marijuana is all set for the festive release this week. The story holds around the drug abuse of youngsters and their bad effects on drug users bodies.