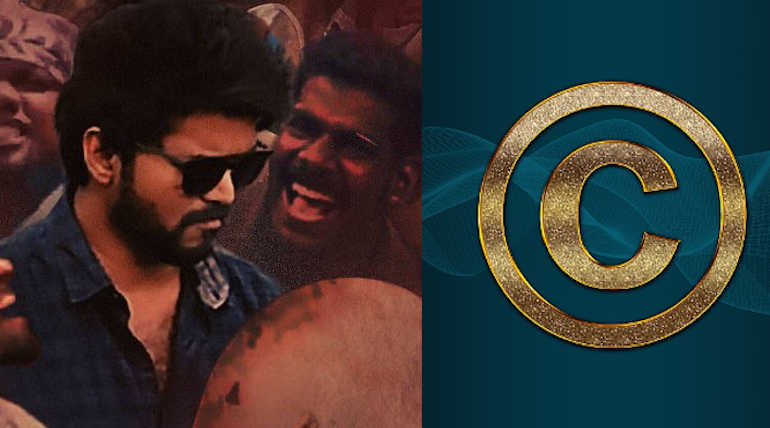 Leaked images of Vijay from Thalapthy 64:

The recent pics of actor Vijay has been leaked online from the shooting spot. He is currently working on Lokesh Kanagaraj's untitled project named Thalapathy 64, and the looks of the Vijay have been shot illegally and leaked in social media, which went viral within a few minutes. It created a huge buzz around Kollywood, and the movie crew is planning to make copyright claims on those posters.

In the first Snap, Vijay, with his simple and elegant style, sits on a chair along with a College Identity card and a pair of Coolers giving a rugged look. On the second image, he is on a bench waiting for the next shot to be taken. Those images have been leaked from the shooting spot and went viral on social platforms within a few minutes.

The team has approached twitter and other social media officials based on the Digital Millennium Copyright Act (DMCA) to block those images and issue a notice regarding the post. They also insisted them to issue a warning notice on illegal sharing. Digital Millennium Copyright Act was established in 1998 to stop/abolish the unlawful sharing of Images, Videos, and other Digital related stuff. They also created a law to punish and penalize the persons who are attempting this crime.

Thalapathy 64 is an upcoming Tamil action movie starring Vijay, Malavika Mohanan, and Vijay Sethupathi in Prominent roles. This movie is all set for a summer release in 2020, and the shooting is almost done. It was written and directed by Lokesh Kanagaraj, who has been the director of blockbuster movies named Managaram and Kaithi.

Currently, the movie shooting is happening in New Delhi, and the crew is planned to wrap things as quickly as possible. The music for this film was made by Anirudh, and Xavier Britto under XB Creators takes care of Production in-charge.