Does Kavin play with a strategy in BB 3 self eviction? 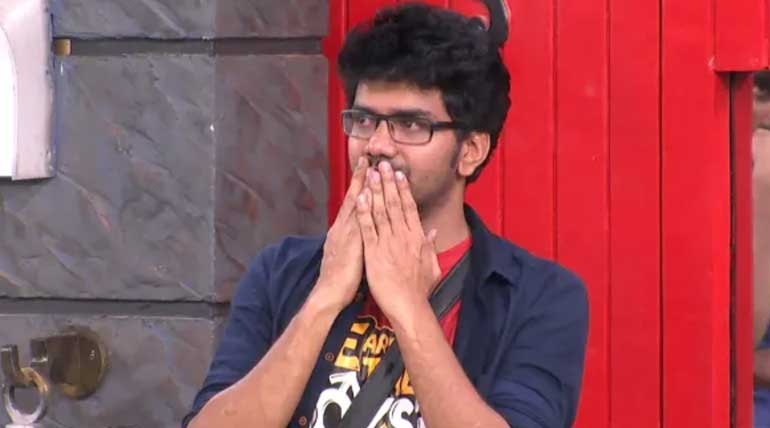 Does Kavin play with a strategy in BB 3 self eviction?

Does Kavin play with a strategy in BB 3 self eviction?Vijay TV's Bigg boss reality show has entered its final phase; the competition gets tougher each day. Kavin is self evicted from the BB house; It faced an emotional dilemma between the contestants.

Kavin walks out with Rs.5 Lakh from the house; He claims that his decision is not sudden. After long emotional drama among contestants with Kavin, he comes out of BB 3.

Kavin, Sandy usually plans the ranking of contestants in BB house to reach finals. Does Kavin accept the offer with that strategical mind to get their friends to win?

Kavin's Safe Game: Kavin self evicts himself with the offer of 5 lakh Rupees and played a safe game. Kavin may or may not reach the final lists but for sure deserving candidate is not him.

This far thought in Kavin's mind may force him to stand up for eviction, thus playing a safe tactical game.

Kavin Shattered the dreams of his audiences: Kavin disappoints his followers by self evicting from BB house. Even though Kavin is nominated every week by contestants, his audience has saved him every time.

Kavin would have shown his gratitude to his fans by staying until the final call, But his decision shattered their dreams by walking out.

Kavin's conscience: Although Kavin's game in BB 3 is not up to the expected level, he always speaks about inner morals. Kavin self evicted and reasons himself as true to his inner morals.

Almost reaching the deep sea and going without feeling the pearl is Kavin's blunder.

Finding Gem out of Five Contestants: Bigg boss season 3 bowling its last over and hits sixer in every ball. To top Kavin's missing, Losliya calls it to quit to Bigg boss and brokes emotionally. Gurunadhar being kind to this season irrespective of last two seasons consoles her to play," Whatever happens, Life has to move on".

The search of a gem among many in reality reached its end card in BB season 3. Tharshan, Mugen, Sherin, Sandy, Losliya are the five competitors; Each one is not less in their way of behaviour.

BB 3 temptations and viewers engagement finds the right gem without any doubt. Let us wait till the last ball to bowl. Cross your fingers and wait for the unexpected thing to happen.