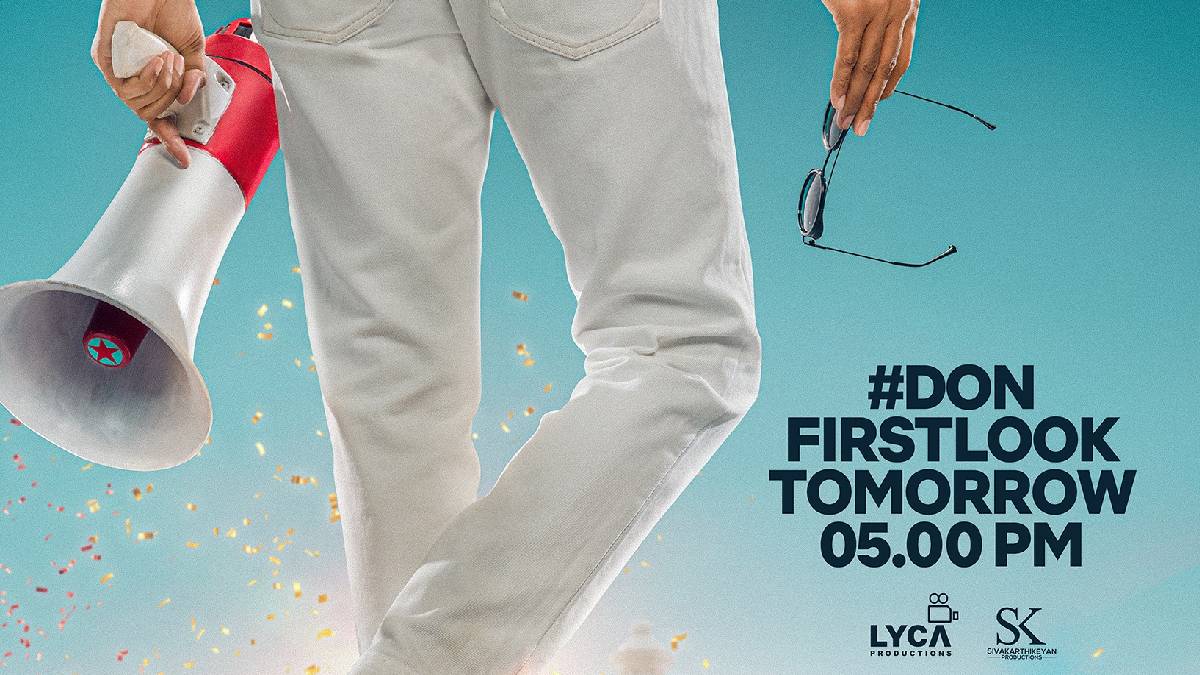 Here comes an update from the upcoming Tamil action film comedy don directed by Cibi Chakaravarth. Sivakarthikeyan has announced that the first look poster will be released tomorrow at 5 pm.

Don is one of the most awaited Tamil movies on the list of Sivakarthikeyan films. After the enormous success of Doctor movie, Sivakarthikeyan has come up with a new update from his upcoming movie Don.

Don Tamil movie is a directorial debut for Cibi Chakaravarthi. And the movie is produced by Allirajah Subaskaran of Lyca Productions and co-produced by Sivakarthikeyan under the banners of Sivakarthikeyan productions. Anirudh Ravichander handles the music with the cinematography and edit of K. M. Bhaskaran and Nagooran.

It is good to know that the combo of Sivakarthikeyan and Priyanka Arul is once again on screen after Doctor 2021. As of now, it is officially announced that the first look poster will be released tomorrow at 5 pm. The poster of the release update is going viral on social media.