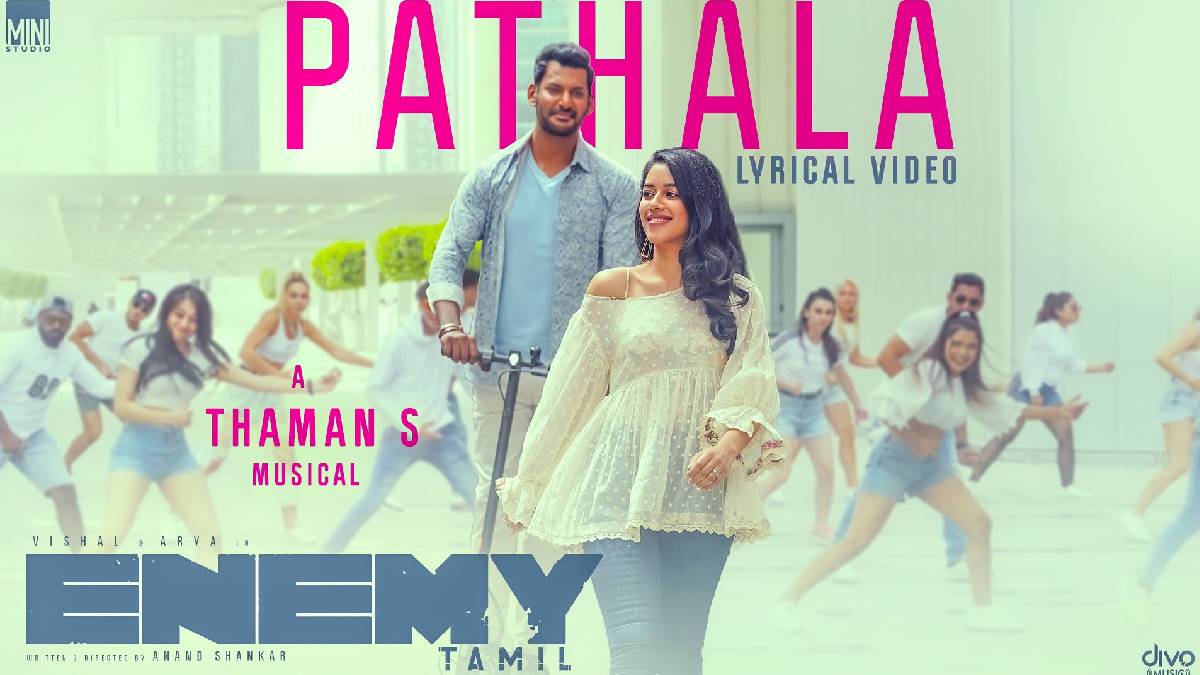 As we know, Arya and Vishal are shouldering together in the upcoming film Enemy, which is under massive expectation as the film holds two heroes in one movie. Arya is expected to be the villain in the movie, whereas the actor Vishal takes the lead role with the action sequence.

Thaman is composing the music for the film, which R.D. Rajasekar is handling the cinematography, and Mini Studios produces the film. The prominent roles are taken over by Vishal, Arya, Mamta Mohandas, Prakash Raj, Thambi Ramaiah, Karunakaran, Malavika Avinash, Mirnalini Ravi.

The enemy movie team has released its first single song Pathala today in Tamil and Telugu. And it is receiving positive comments. The fans of Vishal, Arya and Thaman, are excited to see the film.