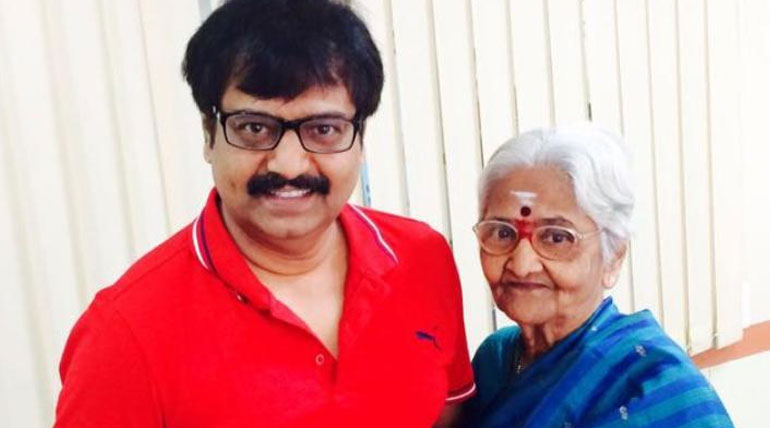 Actor Vivek's mother Maniammal passed away, due to age-related physical ailments. On and off, she had health issues, and today morning, she died of a massive cardiac arrest.

Her mortal remains have been taken to their native place Perungotoor near Sankaran Kovil. The last rites have been planned on Thursday, July 18th 2019. Vivek has been tagged as "Chinna Kalaivanar"; where Kalaivanar is a veteran comedian in Tamil film industry.

He is a social activist who is very fond of Abdul Kalam and became his ambassador. In his comedy track, he always inputs some societal issues and information and made people think besides laughing.

Vivek is also one of the green environmental activists who completed planting 10,000 saplings to mark the environmental day on June 6th 2019. This event took place in Tiruvannamalai.

In the same place, he inaugurated "Go Green Initiative" of "Thuimai Arunai" a non-governmental organization to promote greener surroundings. In the top 10 polluted cities of the world, India tops with seven cities. He speeds up "Green Kalam Project" through his deeds.

Exactly three years before he lost his son to dengue infection. Despite the string of mishaps at his house, he didn't let go of his social welfare determination.

The entire media industry has poured their condolence messages on social media platforms to tide over the irreplaceable loss. Vivek has two daughters, namely Amritha Nandhini Vivek and Tejaswini Vivek.

His wife is Arulselvi Vivek. Some of his hit movies are Amma, Lovely, Alli Thandha Vaanam, Samy, Run, Perazhagan, Thirumalai and the list continues.