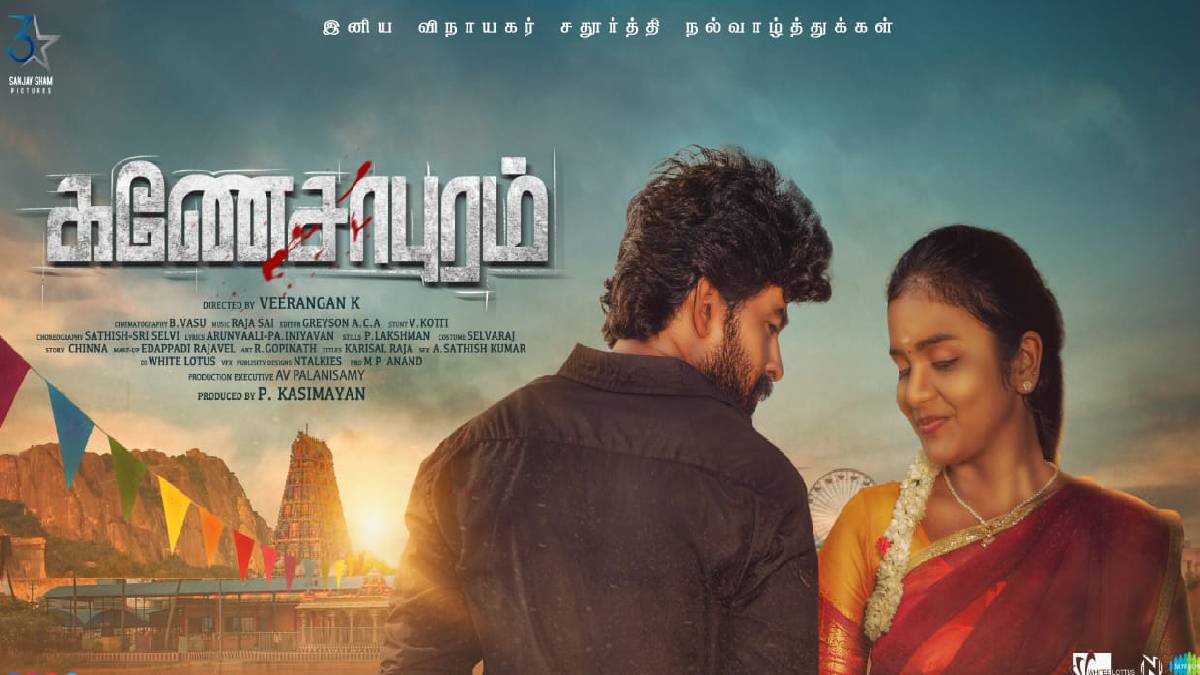 Ganesapuram, directed by Veerangan, has on theatres from today. Many new faces are introduced in this movie. The lead role is covered by Chinna, new to the film industry, and Risha Haridas takes the female.

The movie has leaked on piracy platforms, but to appreciate the hard work of the new movie team, please do watch it in theatres.

The movie portrays the village love between Amasai and Paechi. The movie title is linked with the emotional background of the hero; it is said that Ganesapuram is a village in the Theni district where the hero is born.

The director of this movie said that this movie depicts good and bad, and it doesn't mean village-life is thoroughly engaging with clashes. The hero is done hard work to furnish his look and acting in the movie and to notice the brother of Chinna produced the film.

Raja Sai is the music director in this film, and the music has come out well with duet songs especially. B Vasu is the director of photography. Raj Prem, a familiar face to ticktock users, had played a significant role in this film.