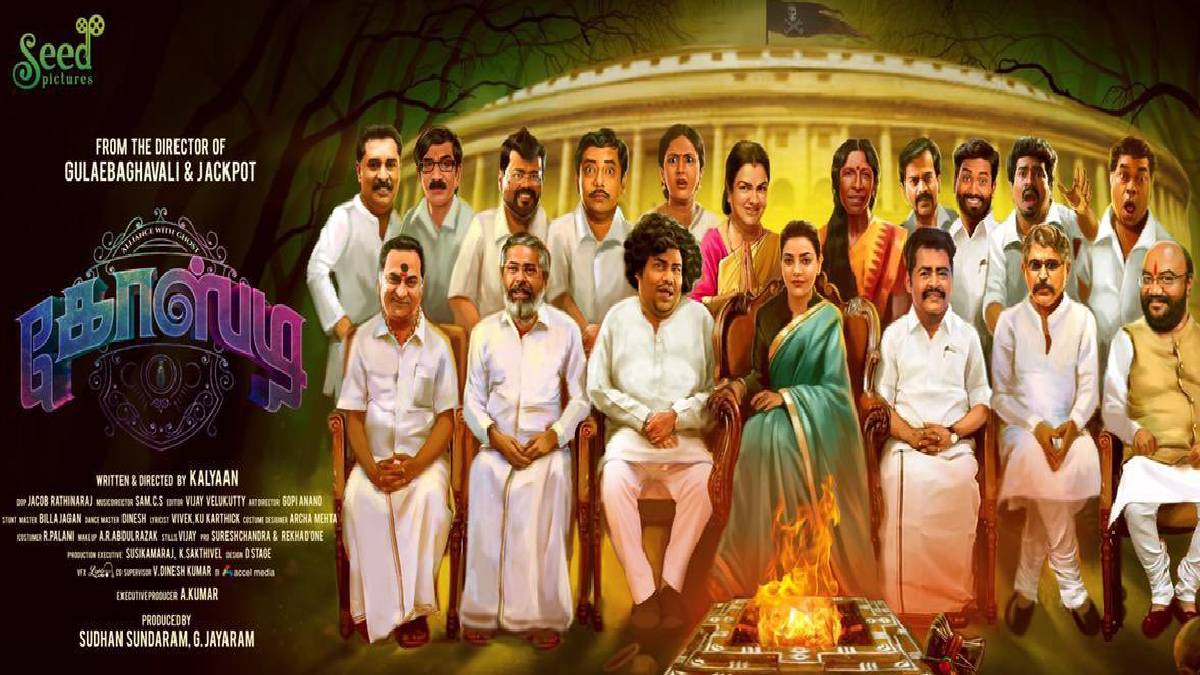 The gorgeous actress Kajal Aggarwal is actively concentrating on movies even after her marriage. She has signed and working on many upcoming films.

She is taking the female role in the upcoming film, namely Indian 2. Hey Sinamika and other Telugu films.

Kalyan has directed many comedy hit films like 'Gulaebaghavali' and 'Jackpot,' is directing the movie 'Ghosty' with the lead role of Kajal Aggarwal. This movie is said to concentrates on comedy, thriller, and politics.

This movie has wrapped with many famous comedians like Yogi Babu, KS Ravikumar, Santhana Bharathi, Myilsami, Urvasi, Sathyan, Manobala, and many others.

Ghosty Movie team has released the first look on social media, and many celebrities are reposting the post with happy regards. Tamannaah has retweeted the post of Kajal Aggarwal on her official page.