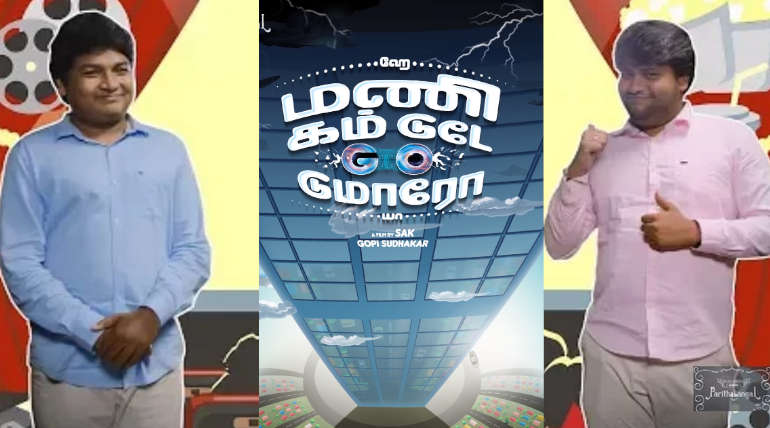 Parithabangal's crowdfunded movie onboard: Youtubers are immense in social media nowadays; Youtube serves as a platform for talents without hunting. Similarly, Parithabangal YouTubers take their next flight debuting in movies. Parithabangal is a Youtube channel owned by inseparable duo Gopi and Sudhakar, who does political and social parodies to entertain their subscribers and fans all over the world.

The combo, steps into their first highly crowdfunded movie as debutants. As per the reports, they have collected nearly 6.5 crores globally, with thousands of people as producers who helped the crowdfunding process. Assistant cinematographer turned Director SAK titled film "Hey Money comes today goes tomorrow y a, "starring Gopi and Sudhakar alias Gosu of Parithabangal in the lead comic roles. SAK director of this film has previously worked with Mithran, K.S.Ravikumar, and Tharani. The movie seems to hit the comedy journal with the You tubers touchwood.

The title of the film depicts the teams' inspiration from Vaigai Puyal Vadivelu's comedy dialogue of Manathai Thirudivittai and the cast gangs up under the banner of Parithabangal Productions.

Music for the film is being composed of Jakes Bejoy, who relinquished us in his works of Mafia, Dhruvangal Pathinaaru, Ishq, and several other movies. Nijai Gowthaman holds the camera to debut the new hit pair on the big screen and make the audience to flood with laughs.

Recently crowdfunding takes place in several parts of the world to develop apps, technologies, and rescues. The comedy Messanger pair grasps the idea to produce their movie, and that's now depicted as Hey Money comes today goes tomorrow ya creating a record of the largest crowd-funded movie in the Asian continent. Sources reveal that the movie mainly plots around the money problems faced by people in their daily lives and a comical solution to the money-minded revolving around the world. However, the team is yet to confirm the plot and additional crew members in the forthcoming days.

Director Bhagyaraj, Radha Ravi, and the top 100 subscribers of the Parithabangal channel joined the inaugural meeting of the movie to wish the team wholeheartedly.