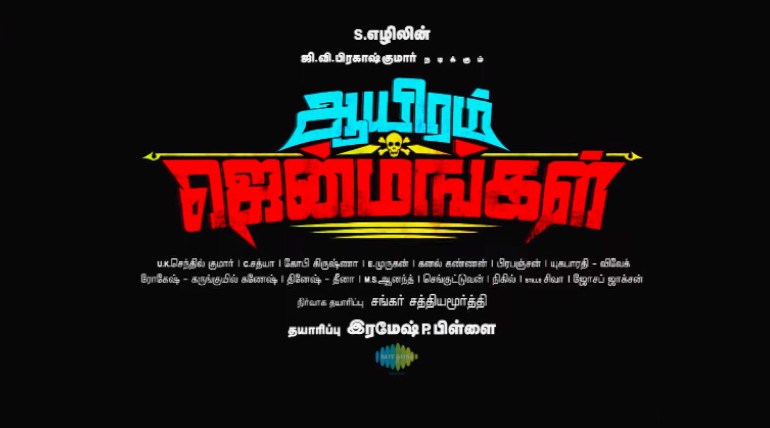 The trailer of Aayiram Janmangal confirms a tough fight with Thambi on 20 December: Aiyiram Janmangal will be back after forty years on the big screen on 20 December. The mega-hit of the late 70s by Superstar is now to be starred by G V Prakash and talented director Ezhil is to direct this horror-comedy movie.

The trailer released by the producer Ramesh P Pillai, promises some horror scenes and GV Prakash loving a ghost. But it does not confirm much on whether it will beat the 70s Aayiram Janmangal but sure to give a tough fight to Thambi on 20 December.

Aayiram Janmangal is a remake of the hit Telugu movie Ekkadiki Pothavu Chinnavada released in 2016. In 2017 Escape Artists bought the Tamil rights of the film and even engaged GVP to do the lead role. But for financial reasons, it did not take off.

Ramesh Pillai took over the project in March 2019, and it is now ready to be released on 20 December along with Surya_Jyotika-Jeeth Joseph combo Thambi.

The trailer shows GV Prakash and Eesha Rebba as paranormal science students who are supposed to be ghostbusters. But the trailer shows GVP to become a ghost after loving a ghost. The ghost team of Anandraj, Sathish, Mottai Rajendran, Chitra Lakshmanan, and many others are as usual are back to get terrified by ghosts in the trailer.

Big Boss 3 fame Shakshi Agarwal and Madhumitha also team up with them to make the audience laugh.  The BGM by C.Satya and cinematography by UK Senthil Kumar make the trailer terrific with horror scenes.

But the peak of horror movies in Tamil Nadu has been slowly reduced from 2016. Will Ezhil bring it back and make Aayiram Janmangal to the level of the 70s Aaiyarram Janmangal? We need to wait until 20 December to know.