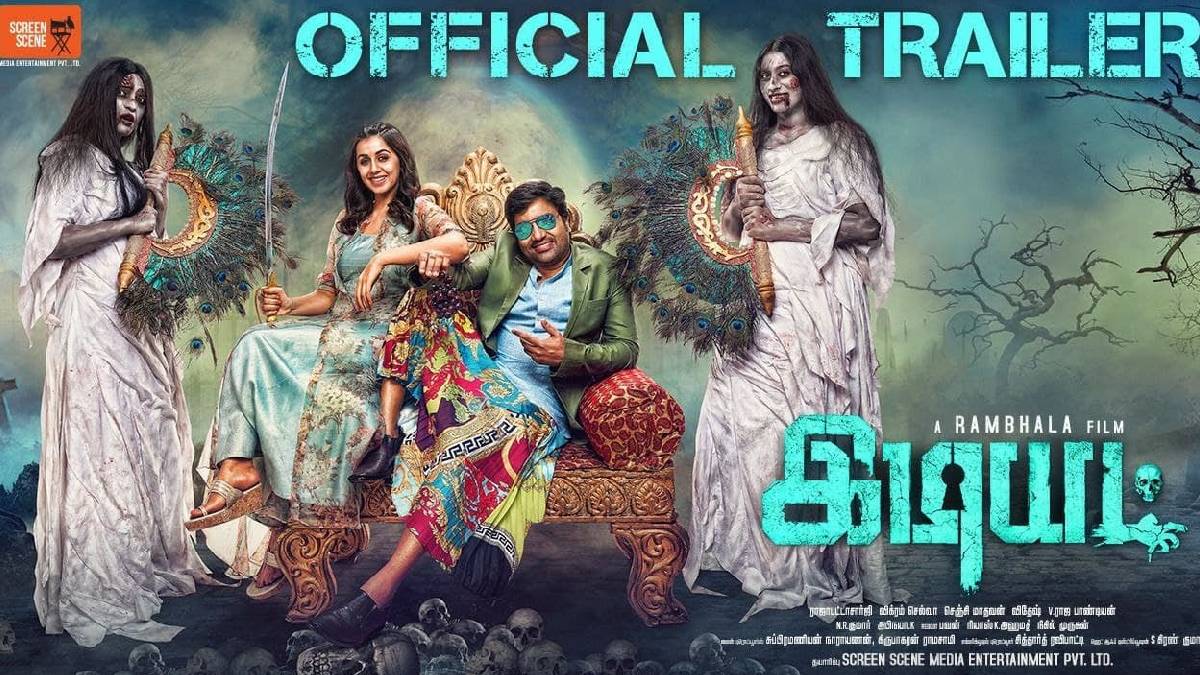 Idiot upcoming Tamil film by Rambhala has released its trailer on youtube. The trailer is humourous though the film genre is horror. The film has many familiar faces in movie spaces.

The film is a comedy humor drama starring Mirchi Shiva, Nikki Galrani, Anandraj, Oorvasi, Akshara Gowda, Mayilsamy, and Singamuthu. Mirchi Shiva is into the picture as a hero after a long break.

Kalakalappu 2, and Thamizh Padam 2 is his last film in 2018. And currently, he is active in four upcoming films. The film director is Rambhala, who is known for the comedy horror film Dhilluku Dhuddu starring Santhanam.

Nikita Galrani has taken the female lead in this film as a ghost, as seen in the trailer. She is a familiar face to the Tamil industry by giving hit films. Her debut film in Tamil is is 'Darling' ling which is also a horror-comedy film that gained positive comments.

Idiot movie is screened under the banners of  Screen Scene Media Entertainment Pvt Ltd with the music of Vikram Selva. Raja Bhattacharjee did the cinematography and edited by Madhavan.

The film trailer is filled with comedy and horror, where the ghost is referred to as lunatic. In this film, ghosts will get scared of people, which is connected funnily.

The movie release date is not yet announced; instead, it is just said that the movie will be coming soon.