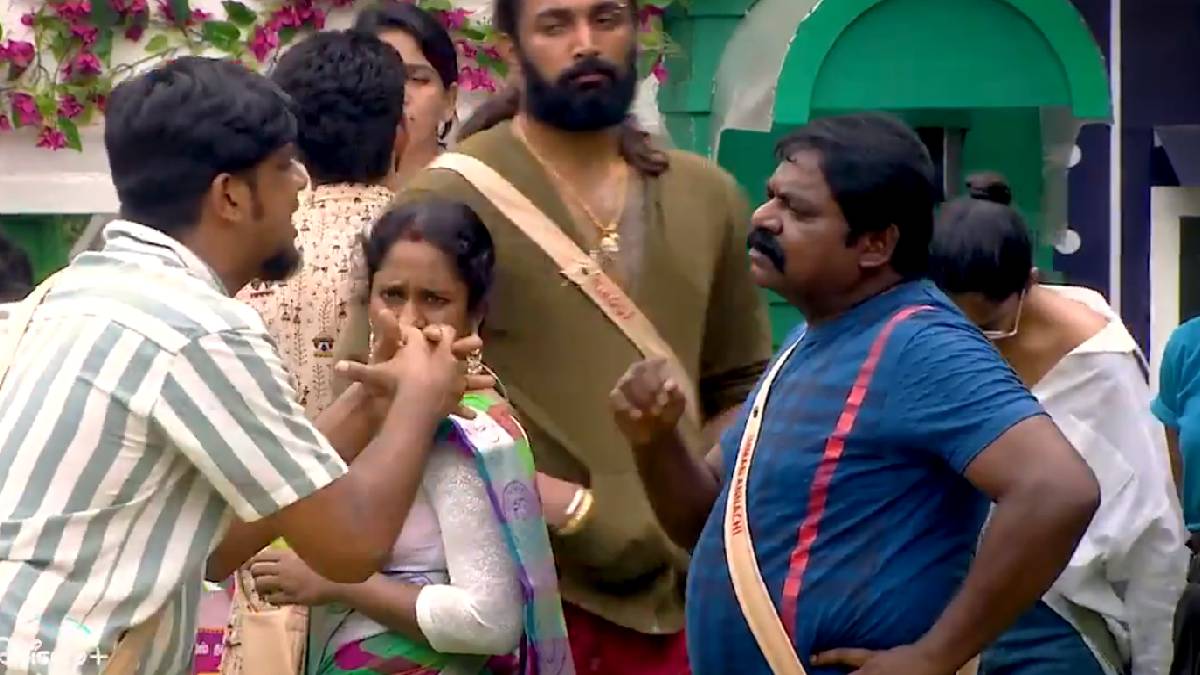 In the first promo released this morning, Pavni was on the nomination list for the first time. By seeing the promo video, it seems like the co-contestants are targetting Pavni Reddy. But she has gathered many fans outside the Bigg Boss house.

In this situation, in the second promo released today, the task of selecting the second head of the house takes place. Abhishek and Niroop are dressed as women in this task. The task, which begins with the name "What a Feeling", seems to be supposed to stimulate one's emotions. At first, Raju will be the target for Niroop and Abishek.

And in this only Raju, Ciby, Pavni and Isaivani are standing fot the position of leadership in the Bigg Boss 5 house Tamil. The leadership task seems to turn out to be an argument.

Abishek, who later started playing with Isaivani, asks her, is it not enough that you have suffered since childhood? Do you want to work so hard and succeed in this task? He talks about how hard it was even to buy a shirt. Angered by this, Imman says, don't talk like this on the task, just make them laugh. To which Varun says, we are not hurting anyone.

The reaction Imman Annachi gathered a good response, but still, it is a doubt whether it is a part of the task or acts real. Let us wait till night to know what actually happened during the task.