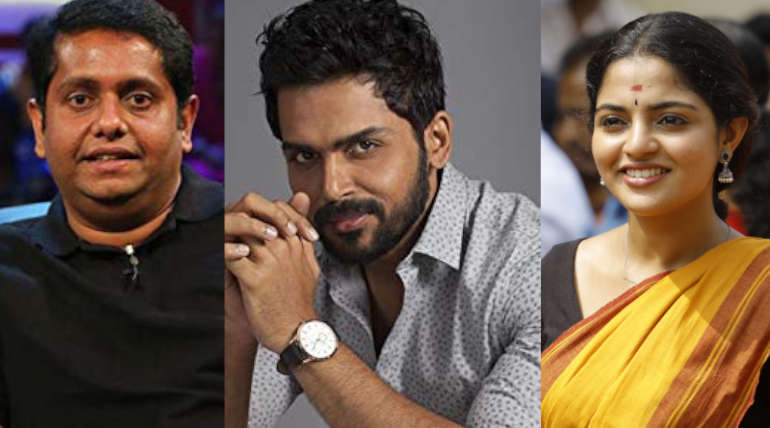 Karthi is an Assistant Director in Thambi, Director Jeethu Joseph: The entire cast of Thambi is in touting mode as the film is all set to rage this December, emotionally as an intriguing family entertainer. Thambi is an upcoming action thriller movie directed by Drishyam director Jeethu Joseph. After doing Paapanasam with Ulaganayagan Kamal Haasan, the epic filmmaker steps again into Tamil cinema with Karthi's Thambi.

Director Jeethu Joseph and actor Karthi touts Thambi in a recent interview with an open talk thanking Karthi Sivakumar for helping in the direction with suggestions to improve the scenes way better. Jeethu Joseph says, that 'Im a man of hearing goods from anybody to make better films and Karthi worked like an Assistant Director in Thambi sets'.

Thambi is based on a documentary story written by Sameer Arora and Rensil D'Silva. The team neglects to reveal a pinpoint in the movie as it clues to the storyline and Karthi makes sure every time not to reveal the flick.

Nikhila Vimal is a potential actress coming back to Tamil cinema after years doing Kidaari via Thambi. Karthi makes fun of Nikhila's laugh on the first-day shoot revealing as her trick of controlling anger.

The hero praises Jyothika for pairing up in the Thambi under the banner of Viacom 18 and Parallel minds production to engross in big screens.