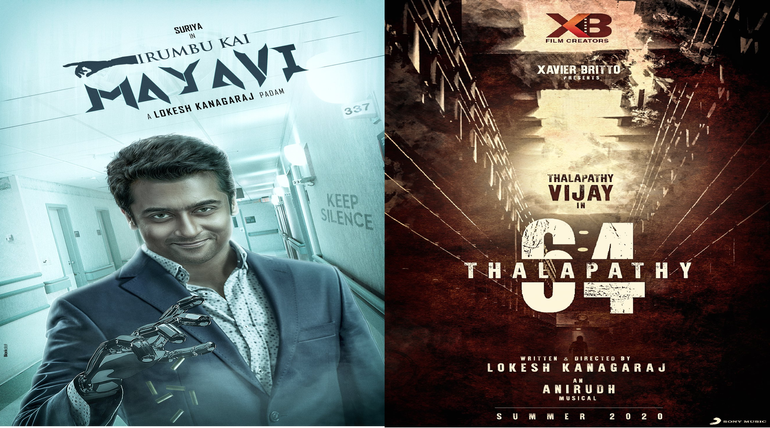 Irumbu Kai Movie poster of Suriya creates curiosity across the internet: After talks over a possible combination of Managaram director Lokesh and Suriya in 2017, it is still only a rumor. With Kaith's stupendous show in the theaters and its heavy ringing of the producer's coffins, the buzz has started again. An old poster of Suriya with the Irumbu Kai Mayavi title is circulating in the media. But will it happen? Will the rumors Irumbu Kai Mayavi become true for Suriya and Lokesh?

Irumbu Kai Mayavi: Comic book series that used sell in lakhs in the 70s until the computers took over the kids' attention. The main reason for such enormous sales was Irumbu Kai Mayavi. Primarily the superhero character was based on England as the "The Steel Claw." But it was a bigger hit in Tamil Nadu than in its original version. Even today, the '70s and 80's kids will never forget reading those books better than school books.

Suriya's next commitment with Soorarai Pottru: After the runaway hit of Irudi Suttru, Suriya promised its director Sudha Kongara of making a film with her. As per the promise, the movie Soorarai Potru is going in full swing and being released next year. Also, Suriya has commitments with his favorite directors Goutham Menon and Hari, after this movie.

Lokesh Kanagaraj and Vijay 64: Not because of his massive success with Kaithi, Lokesh Kanagaraj was chosen tom direct Vijay 64. He already proved his mantle in his debut movie Managaram, and it was the reason for him to direct Vijay 64. And it was announced even before Kaithi's release. Kaithi only added fuel to the fire of the expectations of Thalapathy's 64th movie. The combination of these two is going to be an exciting factor in the coming days for not only Thalapathy's fans but also film lovers. With both Suriya and Lokesh are busy for 2020, any chance of Irumbu Kai Mayavi rumors to be accurate, has no chance, at least in 2020.