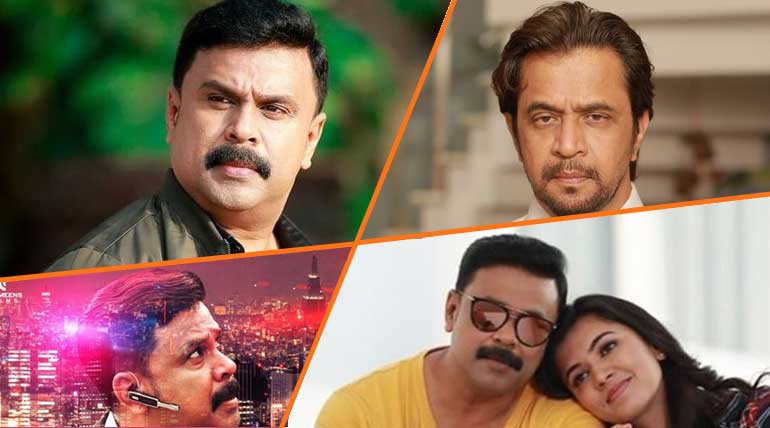 The most awaited film from the Mollywood industry "JACK & DANIEL" directed by S.L.Puram Jaya Surya comes under the banner of Thameen films hit the theatres today. Fans of 'Janapriya Nayagan', Dileep, has been waiting for this movie from the time of its announcement. Fans had a lot of expectations on this movie, as Dileep's onscreen presence is after a long time, and it also had another essential element in it as Kollywood Action King ARJUN played the Daniel in it.

Arjun is acting in Malayalam after a 10-year gap. He didn't do many movies in Malayalam, but the Kollywood star also created some buzz for this movie. Director S.L. Puram Jaya Surya and Dileep had earlier worked together in a movie called Speed Track. And the combo is back after 12 years.

JACK & DANIEL also had the famous stunt choreographer Peter Hein, and Sivakumar Vijayan, who does cinematography in NGK. Interestingly Peter Hein also did a guest role in this movie. The cast includes Anju Kurian in the female lead, Lakshmi Gopalaswamy, Innocent, and many others.

The movie deals with the story of an intelligent cop and an intelligent thief. So now, you could recognize that the script is just a repetitive content. At first, the initial impression the movie had with its trailer was that itâ€™s a thriller, but it is more family entertainer than thriller after the release. The first half of the film was very tight, and the screenplay has been done well without any lag in the scenes. And, it was swift, and the audiences were very much convinced with the first half.

The second half turned out to be slow in contrast with the first one. And the scenes which involved graphics and VFX left unpleasant reactions in the faces of the audience. The female lead Anju Kurian had a less screen space, and Action King has not been used to his fullest potential. The critics state that this is an average movie, and with the general audience, it is a mixed opinion from everyone, but a majority of them had a reasonable impression on it.

Overall the movie had some pretty good action scenes; the BGM was also satisfying. The comedy part had some good response in theatres. It can be stated as a one-time watchable movie because it has some good points that can be given some credit.