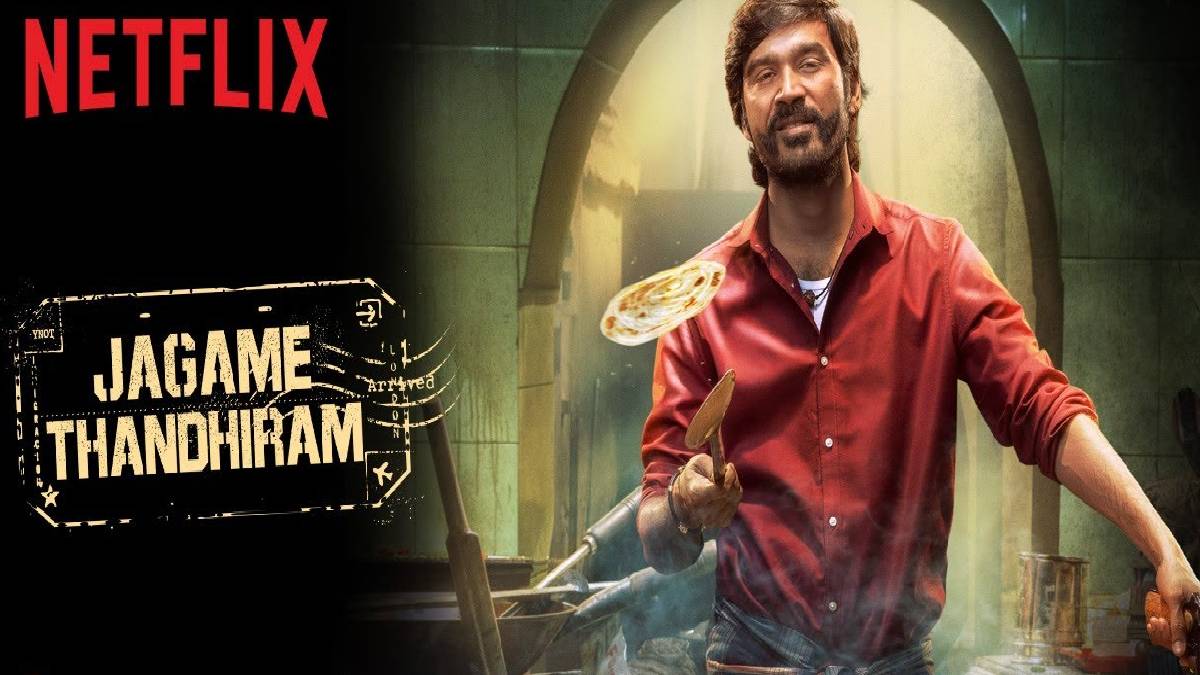 The music is composed by Santosh Narayanan and cinematography by Shreyas Krishna and produced by Y Not Studios, by Reliance. The film will be released live on OTT due to the Corona Pandemic. The Netflix OTT site has seized the rights to the movie amid stiff competition. The crew released the trailer for the film today that is June 1.

According to the trailer for 'Jagame Thandhiram', it has been announced that the film will be released on June 18 on the Netflix OTT site. Dhanush fans are very excited by this announcement. This gangster film of Karthik Subbarai releases along with dubbed versions in Telugu, Malayalam, Kannada and Hindi. This film is in the note of gangsters after the massive hit of Rajinikanth's Pettai.

Dhanush tweeted, "What would have been a great theatrical experience coming to Netflix. Nevertheless hope you all enjoy jagame thandhiram and suruli."

Hollywood actor James Cosmo is also starring in this movie. He is one of the noteworthy men on the web series Game of Thrones, which gained attention through films such as Highlander, Braveheart and Chronicles of Narnia.

Jagame Thandhiram is a gangster film with the sounds of shoots and fights. This film is with great expectations among the fans because the lead roles are put up in unique combos.

The film's soundtrack is composed by Santhosh Narayanan, with lyrics written by Vivek, Dhanush, Anthony Daasan and Richard Harvey. Rakita Rakita song from this film sing by Dhee, Santhosh Narayanan and Dhanush, received a good response.

And the song Bujji is still trending on social media platforms, and the youngsters are celebrating the song with a happy vibe. This song is unique in its cinematography and choreography. This song is sung by Anirudh and Santhosh Narayanan.

Few characters are new to the Tamil industry. Baba Basker is also seen in this film with his unique style with rough mixed with a pleasant look. The trailer is hitting numerous likes and shares on social media.