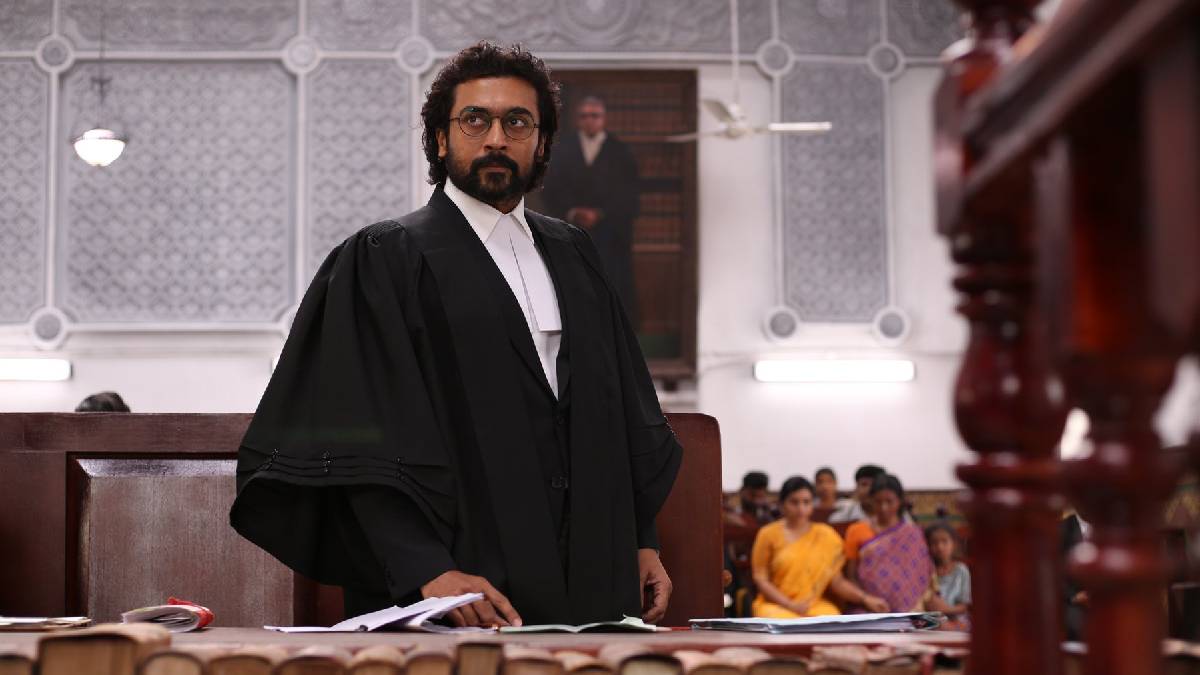 'Jai Bhim' is about a tribal woman struggling to find her missing husband from the police station. The journey of Jai Bhim is interesting and a good enlightening movie that can be watched with family.

K. Manikandan belongs to the Irular tribal community.He works as a snake catcher. His job is to catch the snake and leave them inside the forest. He is always concerned by his family. His wife, Lijomol Jose, loved her husband madly. Rajakannu tells his wife that his lifelong ambition is to build a  house.

While going for work, he will be trapped for jewellery theft and will be taken for custody. Rajakannu will escape from police custody as he was accused of a crime for which he is not responsible. Sengenni will be worried about her missing husband and seeks help from advocated Chandru for justice.

In this situation, Sengenni will be suffering as a pregnant woman will be in a sorrowful situation without knowing her husband's condition. The screenplay goes interesting with questions such as whether the husband was found? Whether he escaped? Who was responsible for the jewellery theft, and who was the real culprit?

And to note, this movie is based on the real-life incident that happened to an irula cast in 1993. It is very hard to find a flaw in the Jai Bhim movie. Since the movie is based on a real-life incident, every scene of the movie looks so real. The hero Rajakannu acting has come out so well. He has acquainted with the Irular tribe he has almost lived the life of the Irula community.

At the same time, the heroine Sengenni has also done a wonderful job throughout the movie. Their acting has come out well and looks so good. Jai Bhim movie is an emotional bounded family entertainment movie. The dialogues are strongly written, Suriya has given his best for the advocate role.

There are no introduction songs, not any action sequence for the hero. The movie concentrated only on the message that they were actually trying to convey. Jai Bhim Tamil movie holds a brave and courageous story that everyone should watch at least once. The movie should have been released in theatres instead of the OTT platform.

Jai Bhim, directed by T. J. Gnanavel, is a Tamil legal drama film produced by 2D Entertainment.  The main roles in Jai Bhim is played by Suriya, Prakash Raj, Rajisha Vijayan, Lijomol Jose, Rao Ramesh, K. Manikandan and Ravi Venkataraman. In this, actor Suriya appears as an advocate who comes forward to speak in favour of the innocent.

Jai Bhim movie will be one among the best movies of actor Suriya in his career. There is no adult content, not any other awkward scenes in the movie.  The positive comments are pouring in one stretch for Jai Bhim on social media, especially on Twitter. Jai Bhim trailer is going viral on social media now.,