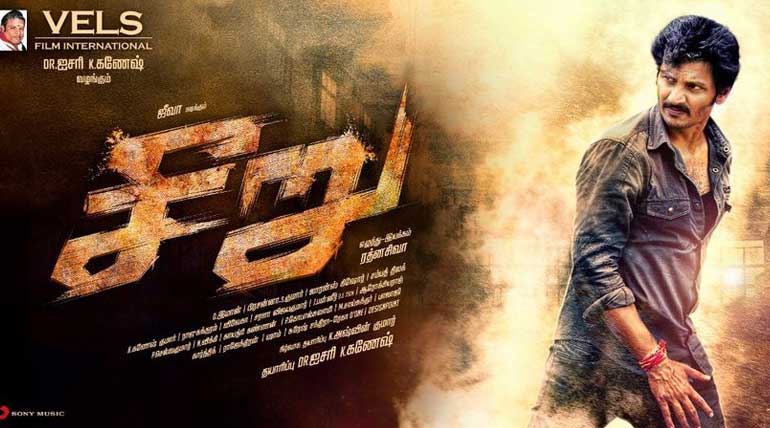 Jiiva Mass Entertainer "Seeru" hits on December 20 for the year-end celebration: Though not succeeding much in Kee and Gorilla in silver screens, Jiiva is all set to meet his fans for this Christmas Holidays with Seeru movie. Vijay Sethupathi's Rekka Director Rathina Shiva handles Jiiva's next as a mass packed entertainer.

Gypsy and Seeru are two films lined up in the upcoming list of Jiiva. Due to censor delay in Gypsy and recent A attainment Raju Murugan's directorial blocks screens after Seeru.

Bankrolled by Vels Film International, producer Ishari K.Ganesh started touting with a first look poster of Seeru revealing the December 20 release in theatres. The forceful first look of Jiiva in Seeru resembles a poster of Vijay Sethupathi in Rekka. Though Rekka is a flop movie of director Rathina Shiva hoping Seeru to be a better action film in the lineup starring Jiiva.

The hero also stars in the most expected cricket film 83 directed by Bollywood director Kabir Khan under the production of Vishnu Vardhan Indhuri. Jiiva is a well-known player in CCL tournaments. Keeping it as a reference, Bollywood might have committed him in '83 'world cup plot movie to portray the role of Krish Srikkanth in the Hindi industry.