Jyothika Speaks about Thala MS Dhoni and her upcoming Ratchasi 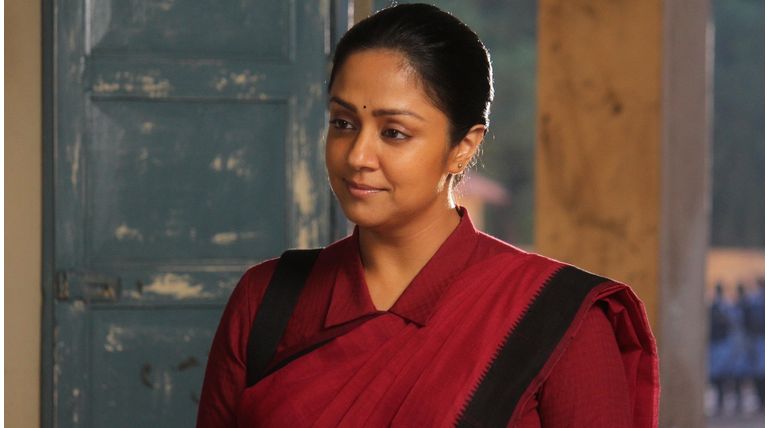 After the grand reception of the movie Chekka Chivantha Vaanam, Jyothika starring Ratchasi is touted to release on July 5 coming weekend worldwide with wide anticipation surrounding the film. Ratchasi mainly focuses on the existing education system and Jyothika plays a teacher who stands above all the evils in the education system purifying it.

The film is co-produced by SR Prakash Babu and SR Prabhu under Dream Warriors Pictures. The music is composed by Sean Roldan and written and directed by Gautam Raj. Purnima Bhagyaraj and Sathyan are playing important roles in the film.

In an exclusive interview to an online media channel about the film, she revealed some interesting stuff apart from Ratchasi. Indian Cricketer Dhoni has mentioned in many shows about Actor Suriya and it is to be noted that the children of Suriya and Jyothika are fans of Dhoni. When asked about their meeting with Dhoni, Jo gave some exciting answers.

Jyohika along with Diya and Dev met Dhoni in a press meet where MSD spoke about Suriya and his favorite film Singam. Jo said that she along with her family visited Satyam Cinemas for watching MS Dhoni The Untold Story. She said, "We went and met the MSD after watching the film, sportsmen are real superstars and I really like Dhoni."