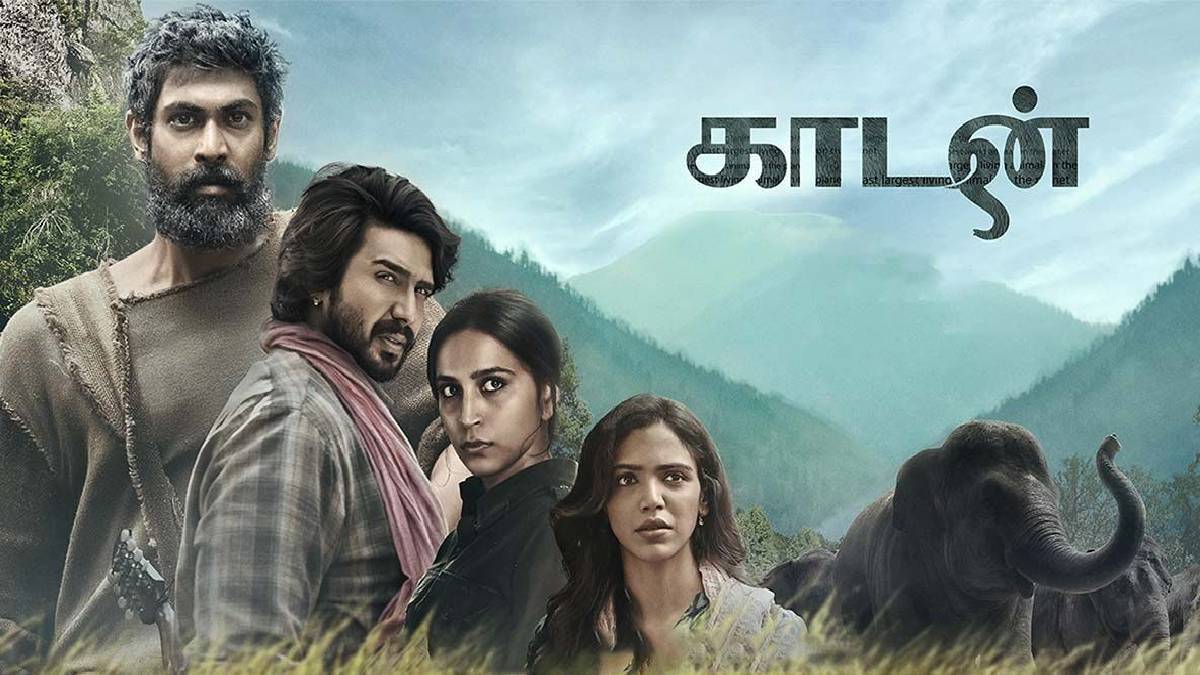 The movie has a crowd of fans by taking the audience to the deep visual wild. Kadan movie concentrates more on the wildlife, nature, and animals, and it projects the after-effects of doing hazard to the forest.

It gives a message saying that destroying the forest land affects not only the tribes, nature, and animals but also the human life in cities.

Karma works in wanted cases in the movie. Rana has played a fantastic role in the film, being a lead role. It is a debut film for him in the Tamil industry.

He has done great hard work to give his physical appearance adaptable on the screen. The voice of Rana is vibrant, and it is to be noted that it is his natural voice.

The movie frames Rana's action. Rana loves and living his life every moment thinking about his forest, and his p[eace gets disturbed by a concrete wall.

During the clash between the government and the people, an elephant died, making the situation worse in the movie. The comedy of Rana in this movie gives deep thought to the audience.

Vishnu Vishal has done justification to his role by his body language being a Mahout. He has also shared his experience with the elephant on his Twitter page.

When it comes to Prabhu Solomon's direction, nature will be admired more on the screen than the content. Similarly, this movie has brought excellent cinematography, and the sound effects are outstanding.

The movie makes the viewers feel like they are inside a forest by its cinematography and sound effects. Overall this movie has received good comments and reviews. The movie can be enjoyed more when it's been watched in Theaters instead of piracy platforms.

Kaadan is a complete family movie that the children will obviously enjoy throughout the film. The message given by the movie must be known to the upcoming generation who haven't witnessed the beauty of green.