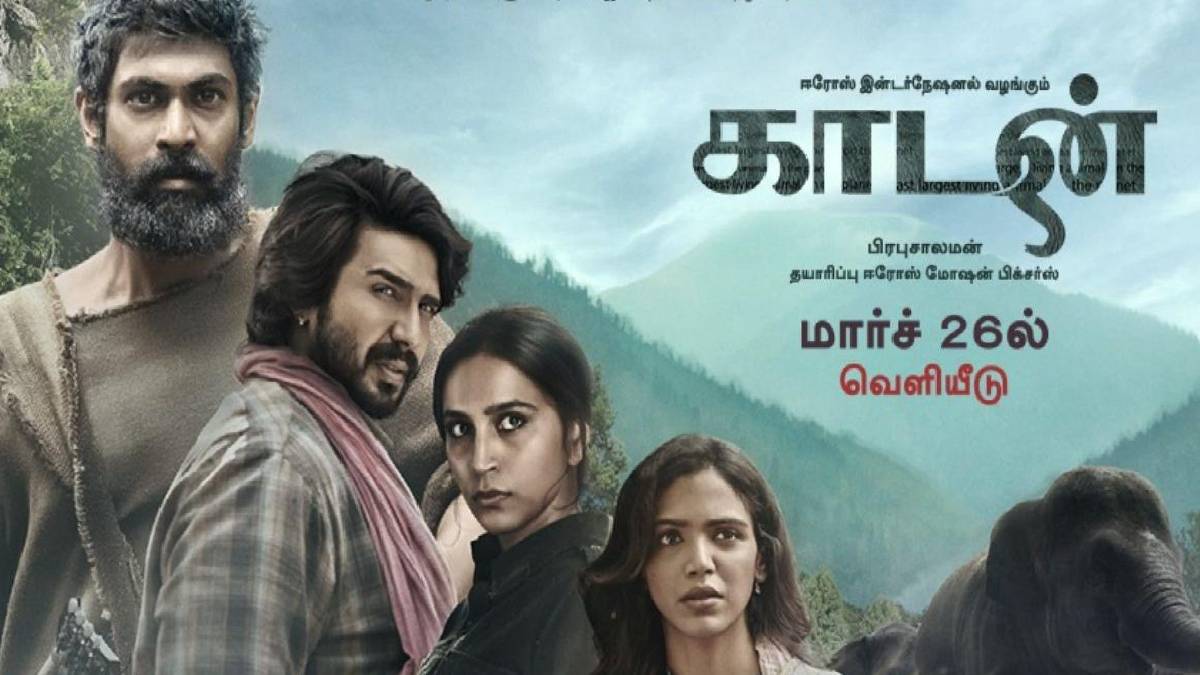 Kaadan Tamil Movie Jubebox is out

Kaadan movies audio Jukebox is on Youtube now. This movie is uniques, just like Kumki, which concentrates more on elephants and nature. Kaadan is also directed by Prabu Solomon, produced by Eros Motion Pictures.

Shantanu Moitra composes the music, and Vanamali penned the lyrics. The director of photography is A R Ashok Kumar with Shantanu Moitra and George Joseph's background score.

The lead roles are done by Rana Daggubati, Vishnu Vishal, Zoya Hussain, and Shriya Pilgaonkar. The trailer of this movie was released two weeks ago is on March 3. The film is set to release on March 26, 2021, where initially it was said to be released on April 2, 2020, but due to the Covid pandemic, the date was postponed.

The movie is screened in Telugu as Aranya, and in Hindi, it is screened as Haathi Mera Saathi with a different cast and crew. And today, the movie's audio jukebox is out on Youtube.