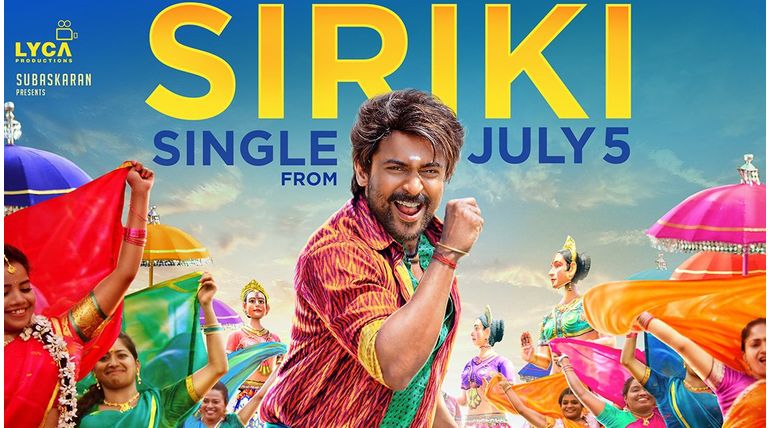 Kaappaan First Single Siriki is set to enter the Internet by July 5, that is coming Friday. In the composition of Harris Jeyaraj, the first song is releasing after a long wait from fans. Sony Music has acquired the audio rights of the film as per the recent announcement from the team and official audio updates started flowing through the Internet.

Kaappaan is the third time that Surya - KV Anand will be joining in films after Ayan and Maattraan. Arya, Saayyesha, Boman Irani, Mohanlal, Samuthirakani, Poorna, etc are co-starring in the film. Malayalam superstar Mohanlal plays the role of Prime Minister lead in this film, which is being produced by Lyca in Harris Jayaraj's music.

Surya and Samudrakani are said to be playing the role of bodyguards for Mohanlal. Actor Suriya has been forced to make the film as a success as the last few films have already gone wrong. Kaappaan is set to release on August 30 worldwide. The Telugu version is titled Bandobast and director Rajamouli announced this on Twitter a while ago. Both Telugu and Tamil version is releasing simultaneously on the above-mentioned date.

Harris and Suriya are known for some evergreen albums in the past decades and the upcoming album with KV Anand is expected to be a memorable one too. Both the previous albums of this trio are hit numbers and the maker after opting for Hip Hop Aadhi for his last outing has reunited with Harris for this biggie.