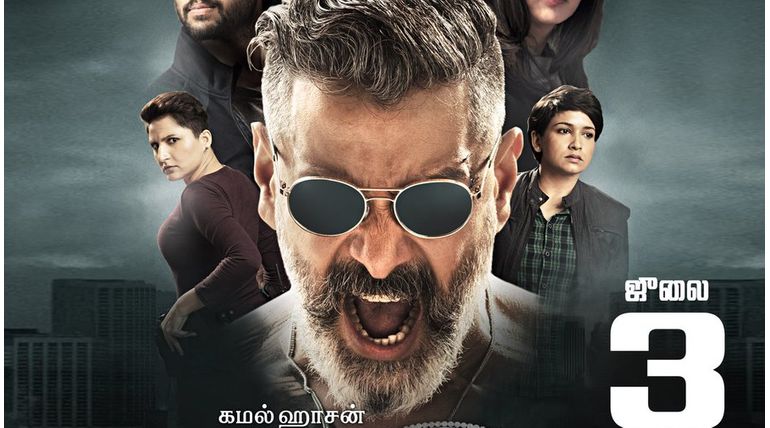 The team Kadaram Kondan is meeting the press in Chennai as a Trailer launch special event. All the cast and crew of the film are set to attend the event. After a scintillating teaser got released a long while back, now the trailer is coming the way from the team. Raaj Kamal Films International is producing the film and directed by Thoongavanam fame Rajesh M Selva.

Vikram is playing as a cop in this film with a drug mafia backdrop. Already the maker's first film shown a standard of Hollywood through making and actions. Kamal Haasan starrer Thoongavanam showed the class of the director with all his potential. Ghibran is composing the music for Kadaram Kondan and he is turning out as a traditional composer for RKFI since the past 4 years.

Chiyaan Vikram is expected to attend the launch event and audiences are eagerly looking forward to some interesting facts about the film. Cast and crew are all excited to have made some energetic piece of art with the man of class Chiyaan and young and promising Akshara Haasan.

Fans eyes are all on the launch event and they are demanding for a live launch video in social media as it is been a while since Vikram made a public interaction. Trailer is dropping on the Internet by 8 PM on YouTube. Stay tuned to view the slick cut trailer from the team with BG score of Ghibran.