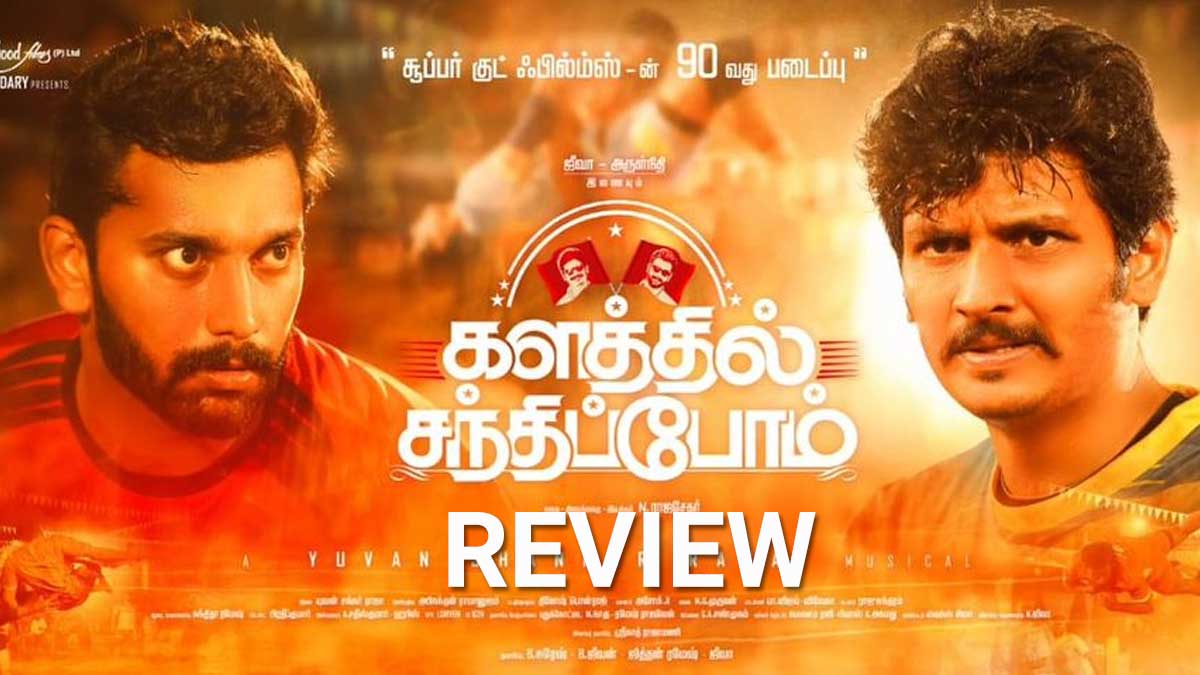 Kalathil Santhippom, the latest Tamil movie, hits theatres worldwide after a big expectation. It is a multi-star movie Arulnithi - Jiiva played the lead roles. Manjima Mohan and Priya Bhavani Shankar are paired with the two protagonists in the film Kalathil Santhippom.

Super Good Films RB Choudary produced the movie as it is their 90th in production. N Rajasekar, the director who directed the film Mapla Singam (2016), has led the film Kalathil Santhippom after a long gap.

Since it is a Multi star film, he has written the screenplay very carefully for each character. The film is full of action fight scenes, and the screenplay is based on the game of Kabaddi.

Kalathil Santhippom movie is a usual story, but the director is shown freshly with proper characterization. Both Jiiva and Arulnithi have done perfectly in their respective roles.

Jiiva and Arulnithi diehard friends for life and always play Kabadi in the opposite team. There is nothing new storyline but a fresh concept story for the multi-star movie.

Best friends until Love starts up and how their life got twisted and how they recovered back to life. It worth watching Kalathil Santhippom once with the family.