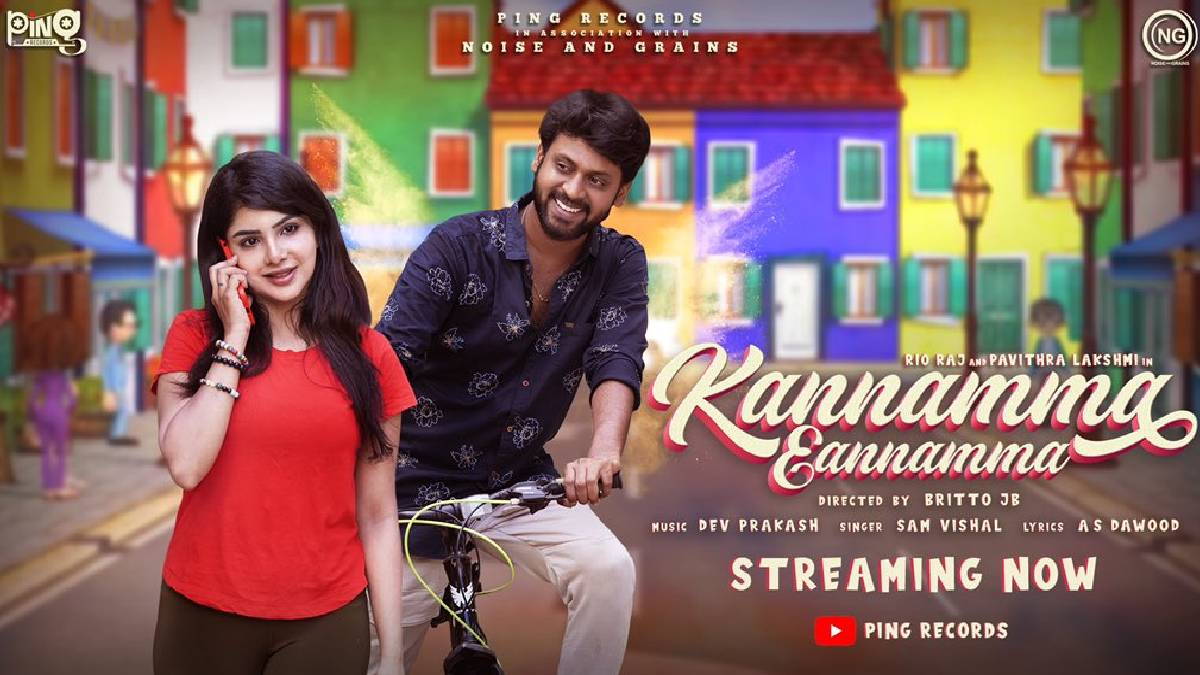 Recently Bigg boss Kavin's Hey Bro popped the trending tracks after its release as it grabbed the heat by its lyrics and video. And now comes the next song Kannamma Eannamma joins Bigg boss Rio and Cook with Comali fame Pavithra.

Cook with Comali Pavithra appeared in an album song Mama Calm Ah before the current song. She almost covered the young boys with her charming smile and by her dance moves. Mama Calm Ah by Hosh Vivian, with the feat of Gana Bala, gave a boost of activeness by its beat.

Kannamma Eannamma lyric video gives the tone of love as it holds the favourites in a single track. Sam has a different fan base for his mesmerizing voice, and now this vocal will gain him more fans. The cinematography is colourful and unique; the design is eye-catching with the costumes. The costumes are neat and simple, which goes perfectly with the song. The setting also projects the ordinary life of the lovers belongs to the same street. The song Kannamma Eannamma is delivered in a realistic way.

The album Kannamma Eannamma is composed by Dev Prakash with the direction of Britto JB, presented by Ping records in association with Noise and Grains. This album holds another interesting lead cook with comali Bala in the prominent role.