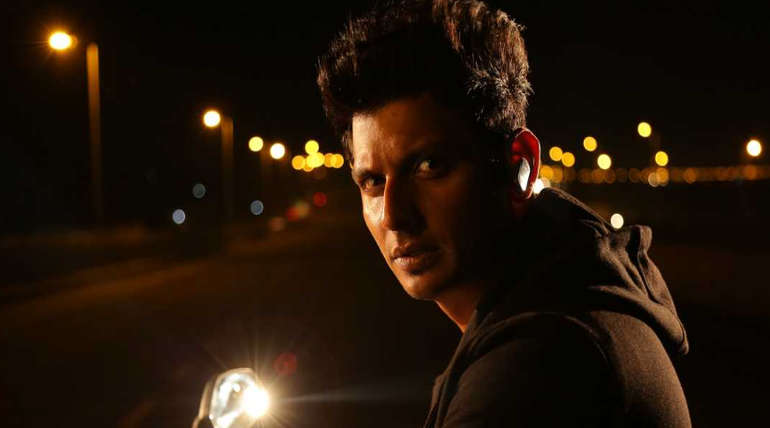 Kee Movie Review: The films which are technology-centric have their own fan base as it would let them know some latest innovative things that can be done in the cyber world. Vishalâ€™s  Irumbuthirai was one such movie that was released in May 2018 featuring Arjun in the role of a world class hacker and a digital world don. The film has been a milestone in Vishal's carrier.

But, the Jiivaâ€™s â€œKeeâ€ movie trailer has been released well before the release of "Irumbuthirai"  as it was viral and trending in January 2018 itself. Sorting out all the financial issues, now, the film has hit the screens worldwide today. Anyhow, the "Kee" movie trailer is being watched with interest.

The debutant director Khalis who worked as an assistant to the reputed director Selvaraghavan paired up with Actor Jiiva for this film. Nikki Kalrani has already acted alongside Jiiva in the movie â€œKalakaalapu 2â€. But they did not act as a pair. But in this film, Jiiva has acted opposite. Also, Anika Paddy, RJ Balaji, Rajendra Prasad, Suhasini, Manopala, Meera Krishnan are the other actors in this film. In Vishal Chandrashekhar's music, in Abhinantham Ramanujam cinematography, the film is produced by Michael Rayappan.

â€œKeeâ€ movie has been a most awaited on for a long time. It is expected to be a turning point for Jiiva who is waiting for a grand success for many years as he has been giving some flop movies for some years except a few. The expectation of the film has hiked up because of the fascinating trailers and sneak peak scenes giving a rich look to the movie.  Although, the film is late it comes as the latest one creating an enthusiasm to watch it for at once.

In this film, Jiiva, perfectly fits the role of a college student character who is well versed in hacking skills. The screenplay is portrayed as such the Nicky and Jiiva would fall in love with each other after some misconceptions. Anika Podi plays the role of a journalist.

The negative side of todayâ€™s technology is brought to light and it is the key image of the film too. â€‹â€‹How our daily activities and our life discipline are affected by social media as people are slaves to mobiles and technology platforms. This is what the base fact that the director is trying to show up but efforts proved to be fruitful to some extent only because only some of the movie scenes are interesting and informative while many serious scenes are portrayed in a fun manner.

"Kee" movie songs are much impressive. But, its BGM and sound effects are quite good. The comedy scenes are flat enough and donâ€™t make a big impact.  The sentiment, Glamour, Romance did not work out well in the film but the villain's performance is praiseworthy.

Although there are flaws in bringing up the scenes of the film, some scenes are excellent. Since the expectations of the film were quite high during its release time, the movie failed to fulfil the audience. The film's niche is good but the director of the film should have focussed on it in a better manner while making it in a large screen.

However, the audience has been cautioned about how to use technology in the digital world and how to safeguard yourselves. For this reason, it is a watchable entertainer for one time.