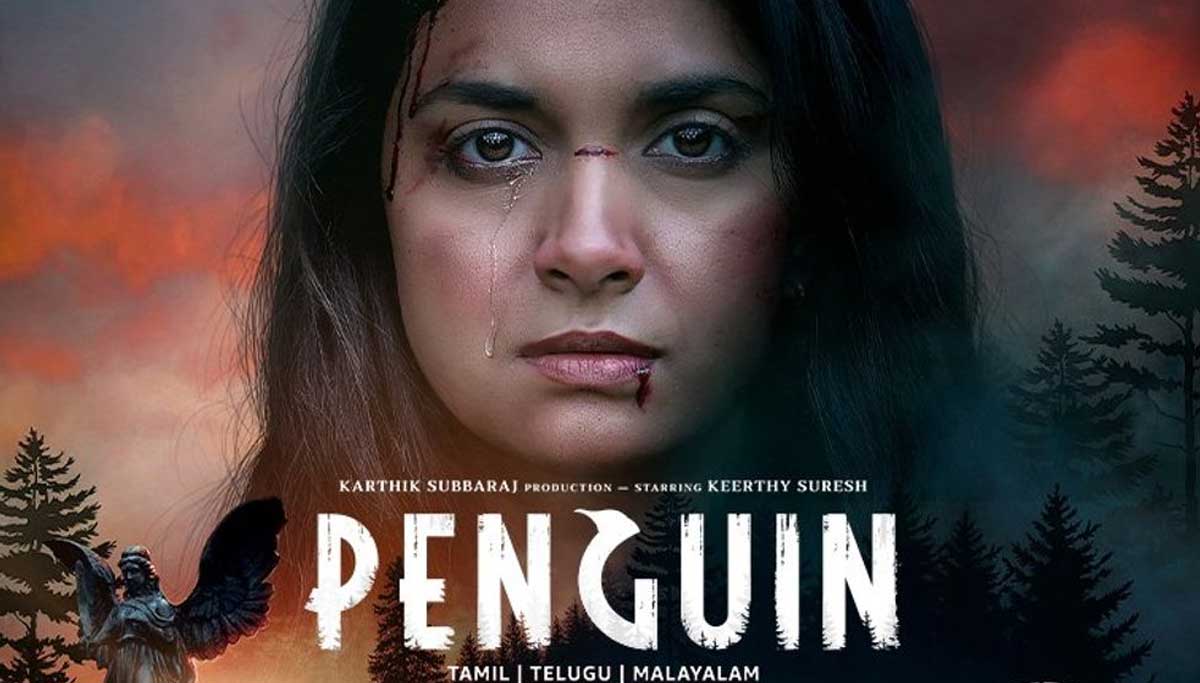 The Penguin movie released today on Amazon Prime Video floods with positive reviews overall under the production of Karthik Subbaraj by the debutant director Eshvar Karthic.

After hitting blockbuster success through Nadigaiyar Thilagam, Keerthy Suresh takes avatar to act more in women-centric films for more performance portrayal. The Penguin film is a thriller drama revolving around the rescue of a child by his mother (Keerthy Suresh).

Keerthy Suresh nailed the Penguin through her performance, however, a movie freak can almost guess the screenplay since the climax ends with a usual substance. But for the lockdown and long time zero smell of new movies, Penguin will undoubtedly fill the audience's need in terms of direction, thriller and performance.

Penguin will be a take to all those careless moms around the world. Mehandi Circus hero Madhampatty Rangaraj and other males in the film fills the need by presence and Keerthy's dilemma expressions is what the story demands.

Karthic Palani's cinematography mixes well with the music beats of Santhosh Narayanan in Penguin and the screenplay pulls a decent watch for the debutant direction.

Though the production team will get a fixed cost prior to release from the OTT streamers, Tamilrockers spoils the whole thing by pirating the release before two hours in their website with 5.1 sound with HDAVC quality. Though there is no loss for producers, the sufferers will be the streaming platforms which aims to achieve the new target customers.

Previously, Tamilrockers needs at least a month's time to release the HD links of newly released movies on their website. But now, due to the Corona pandemic, online released movies are hijacked by Tamilrockers earlier before OTT. It's a big question mark on how the streaming owners will handle these thefts to balance the investment.

Penguin is the second Tamil film to be screened live on Amazon Prime Video. Earlier, Ponmagal Vandhaal was released after the biggest controversy, but it was not as welcome as expected. However, the film would have been a huge failure collection wise if it were released in theatres.