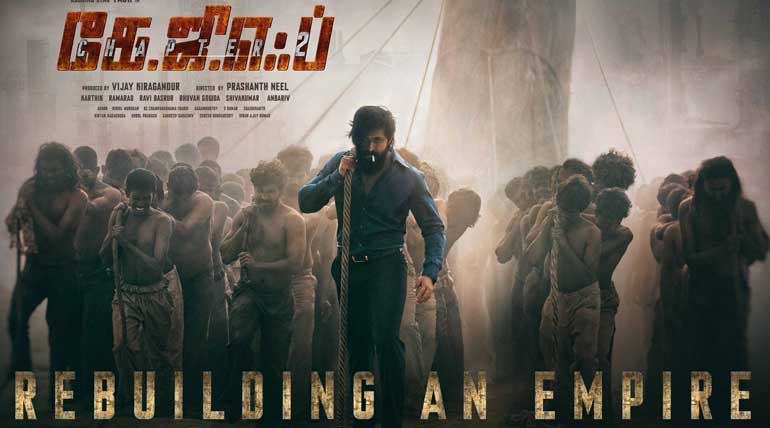 KGF Chapter 2 First Look: Rebuilding an Empire: Kannada film KGF Chapter 1 made history for the first time in Indian Cinema, starring the style icon Yash. KGF 1 was released in five languages - Kannada, Tamil, Malayalam, Telugu and Hindi. Subsequently, the second chapter of the film is currently being developed. The first look poster of the KGF Chapter 2 has been released shortly after the film's pooja has begun this March and the shooting is underway.

The first look poster looks intriguing with a caption stating as "Rebuilding an Empire". As everybody knows, KGF 1 pinnacled with the assassination of Garuda by gangster Rocky Bhai thus sequencing to rebuild the throne now in Kolar Gold Fields second chapter. 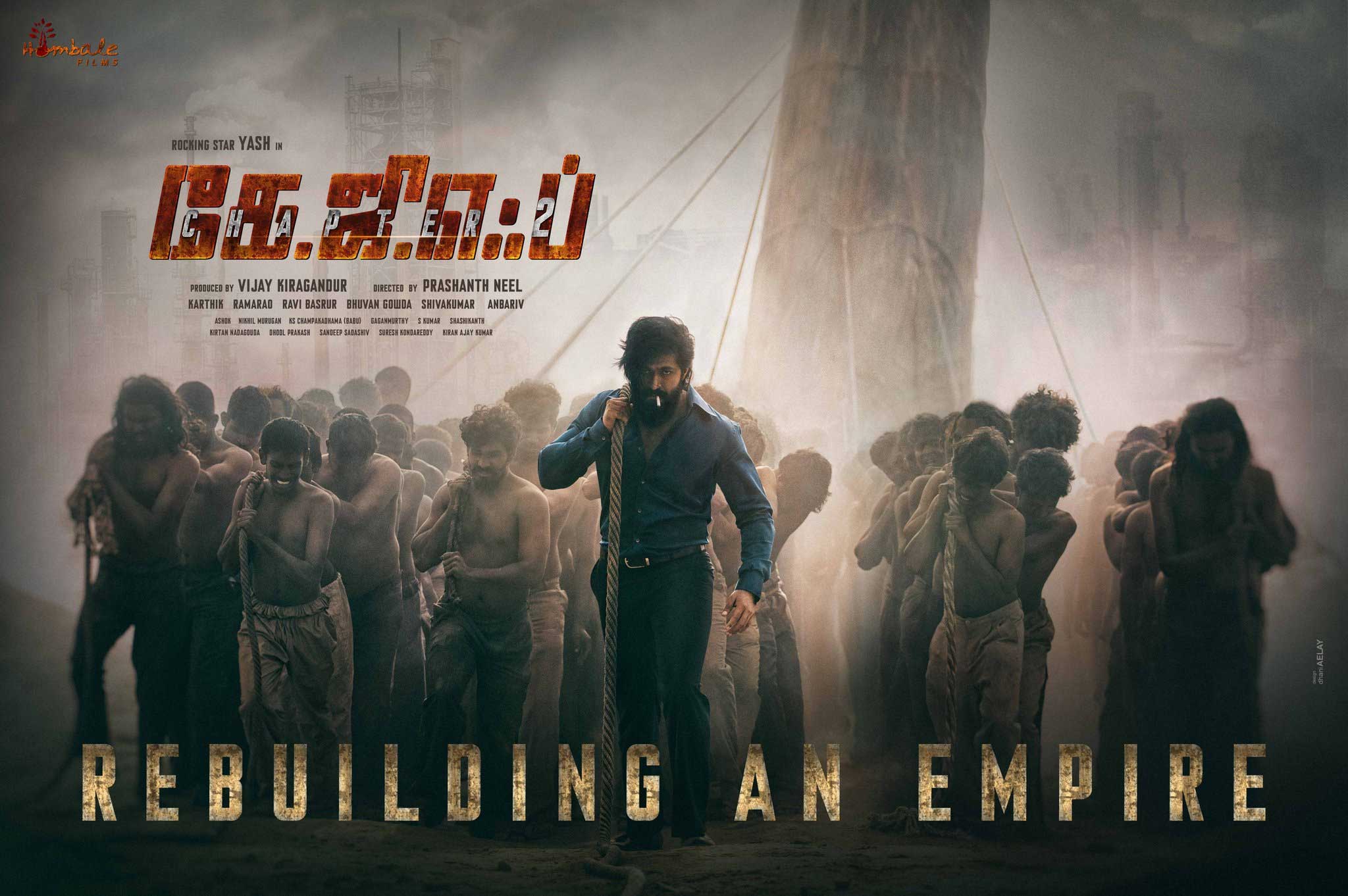 Produced by Vijay Kiragandur under the banner of Homebale films , KGF 2 opened gates for Narachi on the same theatrical release date of KGF Chapter 1. Poster depicts the ascent of Kolar slaves together with rescuer Yash as Rocky gripping the moods of Chapter 1 fans, where the film marked 100k interest record in Bookmyshow app even before the release of first look.

Part 1 was released in 2018, the film has garnered many awards and made the Kannada cinema world proud. Directed by Prasanth Neel, KGF Chapter 1 team bagged National Awards for Best Fighting Scene and Special Effects.

Subsequently, fans are eager to witness the KGF 2 teaser releasing on January 8th right after the goosebumps of the first look.

Actor Yash states that the presentation scale is much bigger this time with intricate fight sequences mastered by foreign technicians to stabilise the KGF brand more on the screens without downing the expectation levels.