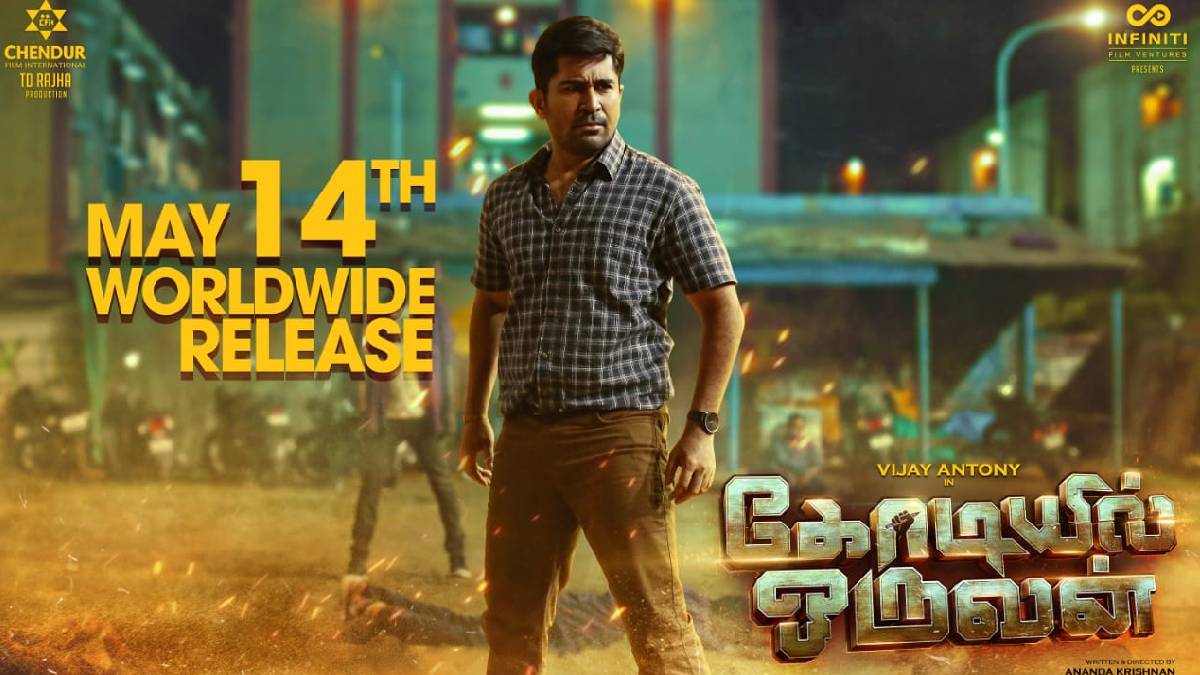 Kodiyil Oruvan (2021), directed by Ananda Krishnan, starring Vijay Antony, Aathmika, and Ramchandra Raju, is set to release on the occasion of Eid May 14.

The movie trailer was released on April 2 by Saregama Tamil on Youtube. It is an action film that is set to release in Telugu and Tamil. The movie releases on the same date.

The female is taken by Aathmika, who did debut role in Meesaya Murukku (2017). The movie will be released in theaters on May 14 on the occasion of Eid.

. @vijayantony 's most expected #KodiyilOruvan #VijayaRaghavan will hit screens on Eid, 14th May???