The Legacy of Bharathiraja, Kuttra Parambarai Gets Face as Web Series 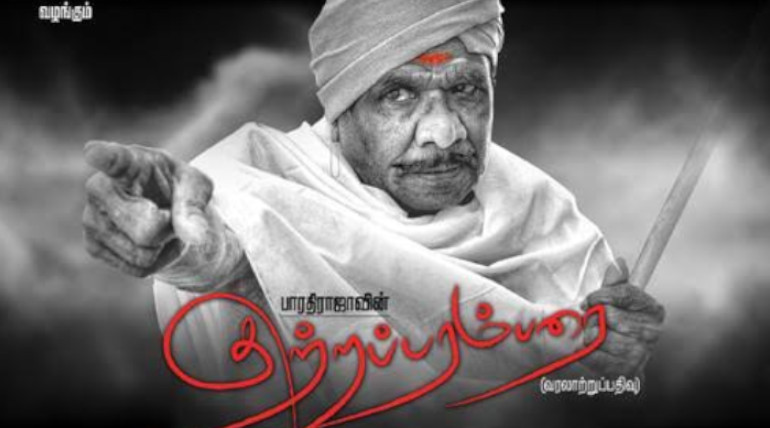 The Legacy of Bharathiraja, Kuttra Parambarai Gets Face as Web Series

Bharathiraja boards to make Kutra Parambarai as a web series: Facing several legal issues on the initial stage after the shooting commencement in Usilampatti, Bharathiraja's Novel based dream project titled as Kutra Parambarai boards now to take the flight on the screens as new generations fantasy web series.

Despite making Kutra Parambarai film to shine on silver screens, epic Director Bharathiraja comes with a new plan of creating it to be a web series under the banner of V House Productions owned by Suresh Kamakshi.

The British Government branded certain ethnic people of South Tamil Nadu as criminals. Around ninety castes are listed under the Criminal Tribes Act. A fierce struggle to repeal the law broke out. To this end, in the 1920 agitation at Perungamanallur, the state-run firing killed 17 people. The Act was later repealed in 1947.

Writer and actor Vela Ramamurthy wrote the crime story centered on this historical background. Director Bala has announced that it will be made into a film. Work on this has begun, but Director Bharathiraja later announced that it would be his dream film and argued to make the film under his direction.

Asked about this, Kutra Parambarai's preliminary work has just begun. He said the cast, actresses, and technicians would soon begin selection. Sources tell Arya, Atharvaa, and Aravind Swamy engaged in the web series, but the official confirmation is yet to be revealed.