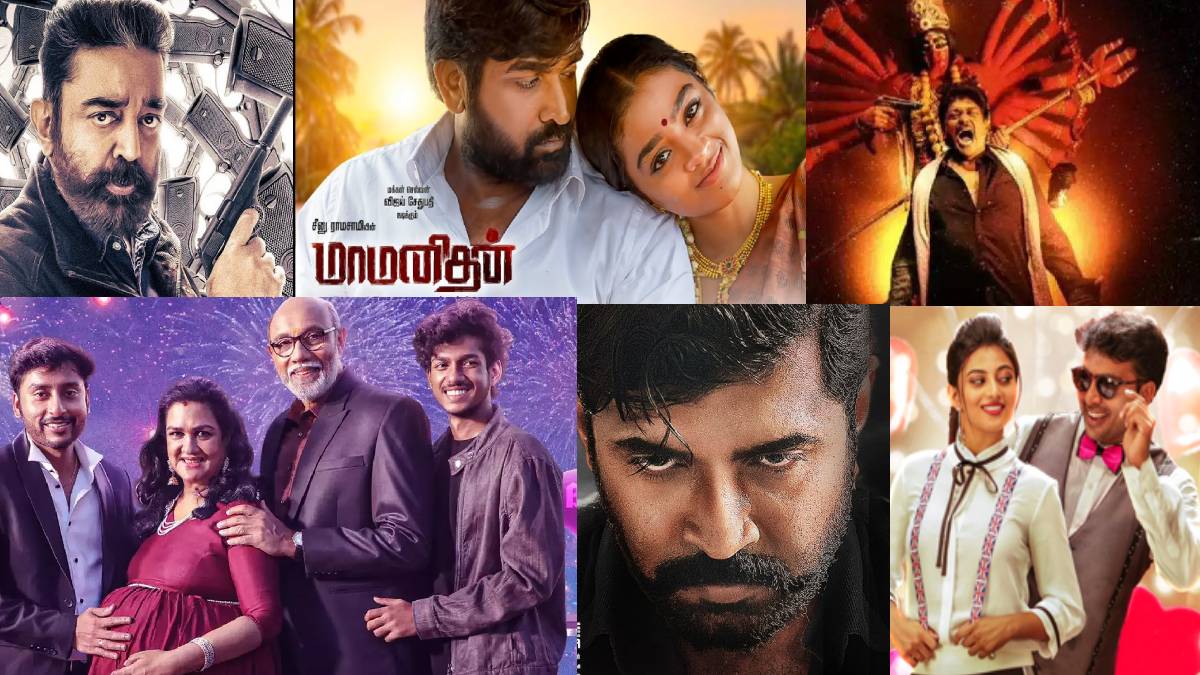 Here is the June 2022 Tamil movies list that will be released in theatres. The movie fans are excited to know the reach of the leading actors. Let's get into detail with the movie list.

Titanic Kadhalum Kavundhu Pogum is a romantic comedy film directed by M. Janakiraman and produced by C. V. Kumar of Thirukumaran Entertainment. The film stars Kalaiyarasan, Anandhi, Ragav Vijay and Ashna Zaveri in the lead roles, with a supporting cast including Kaali Venkat, Gayathrie and Jangiri Madhumitha. Titanic Kadhalum Kavundhu Pogum will be released on June 6, 2022.

Veetla Vishesham is a Tamil comedy movie which is set to be released on June 17. RJ Balaji, who will be playing Ayushmann Khurrana's role in this film, has written the script and has also co-directed the film with NJ Saravanan. The lead roles in the movies are  RJ Balaji, Sathyaraj, Urvashi, Aparna Balamurali, KPAC Lalitha, Pavithra Lokesh, Visvesh and Others.

Aayiram Jenmangal 2022 is a Tamil horror comedy movie written and directed by Ezhil and produced by Ramesh P. Pillai under the banner of Abishek Films. The movie stars G. V. Prakash Kumar, Nikesha Patel, Eesha Rebba, Sakshi Agarwal, Venba and Sathish in the lead roles. The music was composed by C. Sathya. Aayiram Jenmangal will be released on June 20.

Maamanithan is directed by Seenu Ramasamy and produced by Yuvan Shankar Raja under his YSR Productions banner. The film stars Vijay Sethupathi, Gayathrie, Guru Somasundaram and Shaji Chen. Yuvan Shankar Raja has composed the soundtrack of this film along with Ilaiyaraaja. Maamanithan's release date was delayed due to reasons, and now the  Maamanithan will be released on June 24.

The most awaited movie l will be released on June 24. Iravin Nizhal is an independent action thriller movie directed by R. Parthiban under the banner of Bioscope Film Framers. The film stars Parthipan, Varalaxmi Sarathkumar, Brigida Saga and Anandha Krishnan.

Vidiyal is a Tamil action movie directed by Selvaraj. The cast of Vidiyal includes Sarathkumar and Sneha Prasanna. This movie has not yet confirmed the date, but it is expected that the movie will be released this month.