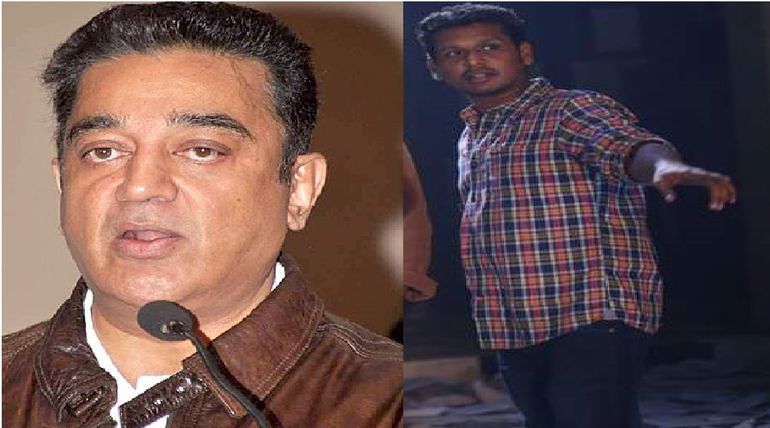 As per the Latest Insights, Lokesh Kanagaraj has earned a call from Raaj Kamal Films International to team up.  Insights also suggest that the phone call could be a call of partnership with the legendary actor Kamal Haasan. The sources also confirmed this message, and 'Big Boss 3 Dharsan' will also play a significant role in this film.

Lokesh Kanagaraj is a young and diligent director, famous for his bold script and narrative manner storytelling. His debut film 'Maanagaram' speaks a lot about various social issues faced in today's modern society. He touched many hypothetical spots and delivered them in a unique style. He earned many recognitions for that bold and deliberate script.

His Recent film 'Kaithi' has won many hearts by the wondrous yet straightforward concept of portraying the life of a common man. Many Critics, as well as the audience, praised his work, which made him push forward to the next level of movie-making. The Emotional intact and the way of relating to the real-life incidents of different people made this movie a huge success.

Kaithi silently broked many records in terms of Gross Profit, Stardom Value, and much more. Lokesh Kanagaraj's way of expressing feelings and patriotic dialogue deliveries in his movies keeps the movie lovers even more intact with the film.

After this blockbuster hit, he now joins with Ilayathalapathy Vijay for an upcoming movie project "Thalapathy 64". The project, which currently on its way in Delhi, takes a slow turn due to the excessive amount of fog in the shooting arena. This movie shoot is set to be held in Delhi, and the works are processing at a steady pace. Another major thing in this movie is Makkal Selvan 'Vijay Sethupathi,' who plays the antagonist role. Xavier Britto did the production for this film, and the movie is expected to be released this summer.

Lokesh also holds the Projects of "Kaithi2" and an untitled superhero movie starring 'Suriya'  based on the novel "Irumbu Kai Mayavi."