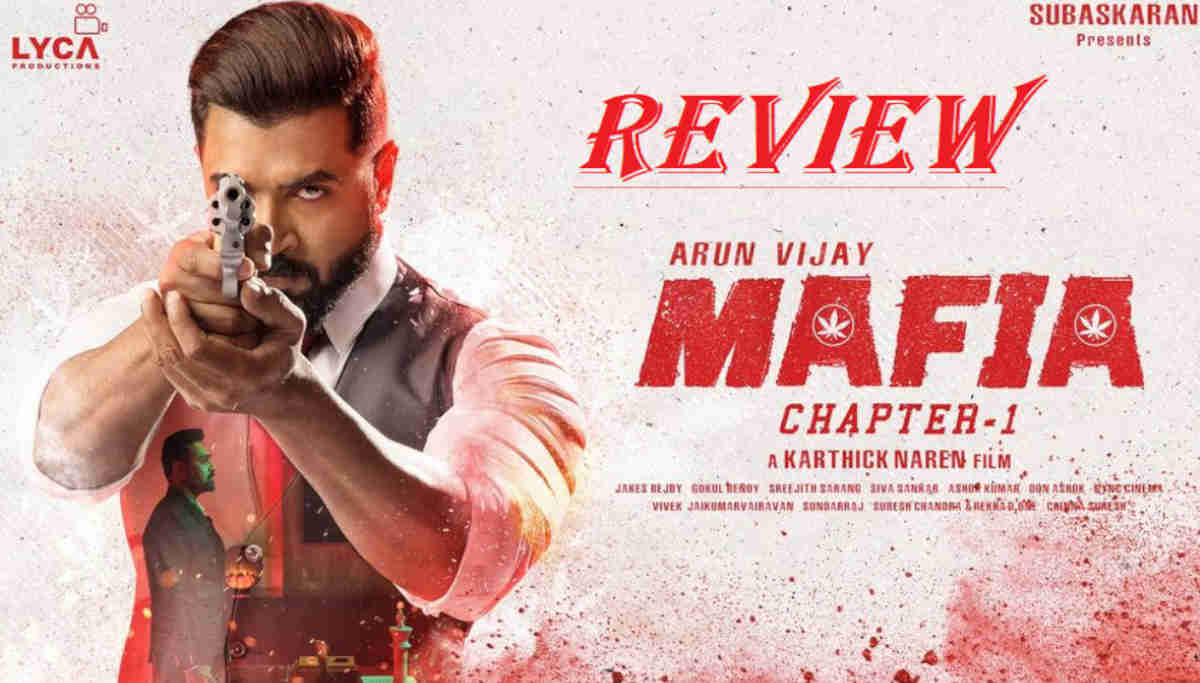 Arun Vijay's Mafia: Chapter 1 is a Package of Mass & Class:

Produced under the banner of Lyca Productions Subaskaran, the film has been screened this morning in all theatres around the world. Fans who have seen Mafia on the first day have been flooded mostly with positive reviews, which adds as an advantage to hit more collections in the box office for the team Mafia.

The movie grosses more with action and stylish portrayal of characters drive the run time intriguingly, making the audience sit in the hot seat. Mafia: Chapter 1 gains tweet depicting Karthik Naren's direction as a package of mass and class.

Mafia's story revolves around the narcotics officer Arun Vijay's investigation floating around the drug den catering in the world. The plot initially starts off with a shoot out and the death of the senior official of Aryan (Arun Vijay).

Mysteries around the death of his senior officer lead the narcotic investigator Aryan to Diwakar(Prasanna), the creepy drug lord. Both the protagonist and the antagonist are smarter enough to be a rival. Thus gave us an interesting cat and mouse story.

Though the first half filled with unnecessary slow-motion shots and flat writing, the second half is so much immersable into the story. When quiet progressing towards Diwakar in the climax, the drug godown emerges unexpectedly with more rats to be under capture list setting the rage for Mafia Chapter 2. Though the Mafia: Chapter 1 has only a thin story, the way of telling it makes it interesting.

Actress Ramya Pandian tweeted watching the movie first day and reviewed as "Mafia movie strikes Marvellous, and Karthik Naren pulls off an ultra-stylized film that seeds in the details at its own pace and then goes all guns blazing at the end. Boy, wait for that electrifying climax that'll surely surprise and excite you". Mafia actor Prasanna replied to his gratefulness to the actress for the kindness shown.

Thadam movie, which was released last year with Arun Vijay's performance, was a huge success. In this case, many who have seen the mafia movie released today are applauded. Five films have been released today. In this week's new release list, the Mafia holds the first place winning the throne.

Movie freaks eagerly made positive responses for the unbelievable climax sequences in Mafia Chapter 1. As the title sets as part 1, the film's climax released today hinted at the lead for the second part. And the fans are in waiting mode after witnessing the blockbuster success of Mafia Chapter 1.