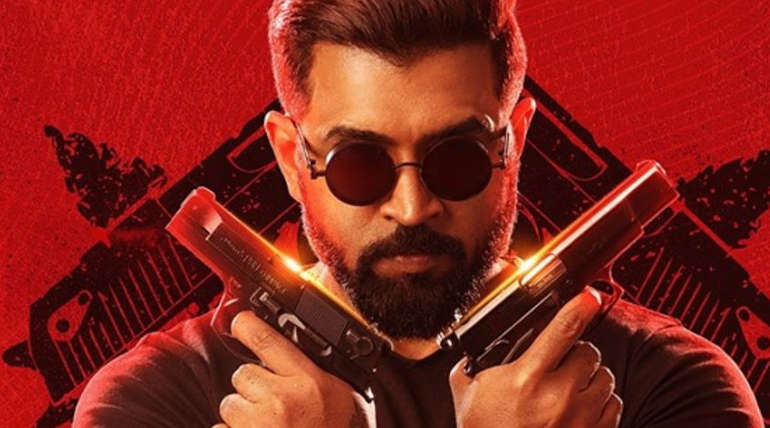 Arun Vijay's Mafia second teaser gangs up in Darbar Audio Launch and will be soon on Youtube: The 2nd teaser of the Mafia film will be released today at 6 pm, and the production's tweet goes viral all over the internet world. Mafia Chapter 1 is directed by the film creator Karthik Naren starring Arun Vijay and Prasanna in the lead action roles. Actress Priya Bhavani Shankar plays the heroine in the film produced by Subaaskaran under the banner of Lyca Productions.

Darbar, directed by A.R.Murugadoss starring Rajinikanth and Nayanthara, released the Anirudh's Darbar music album yesterday in Chennai. The fitness actor Arun Vijay tweeted in his social media account, stating that 'We couldnâ€™t have asked for anything more. It was a proud moment for our Mafia team to release the Mafia second teaser at the Darbar Audio Launch on behalf of Superstar Rajinikanth".He adds that the teaser will be out soon for the Kollywood viewers.

Arun Vijay's poster and first teaser featuring Aryan in the lead role has been well received by the Tamil audiences. Following the success of the First teaser of Mafia Chapter 1, the second teaser of the Mafia film will be released today at 6 pm, Lyca announced on its Twitter page.

Lyca Productions has released information about Arun Vijay's character Aryan in Mafia Chapter 1 film on the action hero's birthday along with his gun-posing poster. Arun Vijay continues to choose good films after acting in Goutham Menon-Thala Ajith's 'Yennai Arinthal,' and the Mafia is expected to be in the lineup. Arun Vijay has said the Mafia will be the biggest hit of his career.

Due to some production issues with Goutham Vasudev Menon, Naragasooran is not scheduled to reach the audience by the director and team. Meanwhile, the director came up with Mafia Chapter 1 to hit the Tamil screens without delay.